Every now and then I like to compare notes with my pal and Buffalo News TV columnist Alan Pergament about this crazy, exploding medium we both write about. The subject quickly swung over to the new Deadwood movie (launching Friday, May 31 on HBO and Crave).

“Did you notice anything different about the movie from the series?” Alan asked.

Pergament likes to stump me with trick questions. It was in full colour, I thought. It was compelling and profane, but that wasn’t different.

The story has been bumped ahead a dozen years — roughly the same span as the break in production between the series (2003-06) and today. It is now 1889 in Deadwood, South Dakota, a dusty frontier outpost on the cusp of electricity, the miracle of telephone coverage, and statehood.

And, yes, maybe even happiness. This is the Deadwood for anyone who might have been scared of Deadwood before. You can smile when you watch it now, pardner.

Not that there isn’t tension and peril and even bloodshed. Not that everybody is friendly-like. They aren’t, especially class-A heel George Hearst, California businessman and father of the real life newspaper mogul William Randolph Heart. Cad George is played by always effective and especially good in snarly roles Gerald McRaney.

Hearst rides back into Deadwood a junior senator, so you know he can’t be trusted. He craves power, money and revenge. He’s a bully politician. He may even have tiny hands.

He clashes with the usual suspects. Timothy Olyphant is back as dedicated Sheriff Seth Bullock. He’s older but still steadfast and stiff of spine. Al Swearengen (Ian McShane) is neither. In fact, years of hard living have taken a toll on the keeper of the town saloon/whorehouse. He still knows all, sees all and swears all, but he can hear “last call” louder than ever and there’s nothing town doc Amos Cochran (Brad Dourif) can do to save him.

Canadian-born Molly Parker is back as Alma Garret, and she’s been wiser with her money than with her men. Bullock’s pal Charlie Udder is back and he’s this close to selling everything and riding off into the sunset — until that bastard Heart rides back into town.

There growing pains in Deadwood and threats around every corner. Just the same, there is a sweetness to life now in this town. Those who survive, including E.B. Farnum (William Sanderson), the so-called mayor of the ville, is more or less resigned to his sidekick status.

Calamity Jane (Robin Weigert) is back as a lost soul who crawls out of the bottle long enough to play a key, and very winning, role. A baby is born, a murder is committed and there’s even a wedding.

Long time fans of the series will settle in for a tale spun by one of TV’s greatest storytellers, David Milch. He’s the real star of Deadwood, lurching from the profound to the profane with every scene. News of his own battle with Dementia broke about a month ago in Vulture. It wasn’t public knowledge back late last year when I had the good fortune to tour the set on the famed Melody Ranch north of Los Angeles. They were shooting the wedding scenes on that day and I got to peek in along with a few other International journalists. Milch was there, but not available, we were told.

Pergament already knew Milch was afflicted; the two men had talked about it many months earlier. The Buffalo code kicked in, however, and Alan kept his promise to keep Milch’s secret. He and Milch go way back, and some things, believe it or not, are bigger than television.

If you watch the Deadwood movie (and you should) and you share the feeling that these characters seem happier and even doggone grateful and content at the end, raise a toast to great storytellers. They prove that you can still raise hell, stare down darkness and deliver a happy ending; that life is every bit as profane as it is profound, but that there’s nothing more real than a happy ending.

Read Pergament’s response to news that his Milch had finally gone public with his dementia diagnosis here . Follow this link to the Deadwood on location production story I wrote for last Saturday’s Toronto Star. 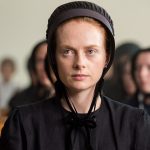 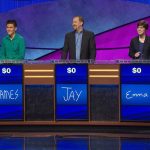