Frequent visitors to this site will know that I collect TV shows on 16mm film. Older readers will remember this format from high school, when pizza-sized reels of film were threaded on a projector, the lights would go out and everybody took a quick nap.

I stayed awake, and never lost my fascination with the projected film image and the clickity-clack of the celuloid passing through the film gate. I still list “can thread a Kojak Pageant in the dark” as one of my work skills.

Film collectors bond over the joys of their hobby, recognizing each other online through our eBay nicknanes and in person by the faint scent of vinegar wafting from our collections. For decades, many of us attended film festivals in Syracuse or Buffalo, N.Y., Columbus, Ohio or even in Hollywood.

The LA one, the Cinecon Classic Film Festival, is run by friend and fest president Stan Taffel. Like everyone running any public gatherings in 2020, he had a decision to make: cancel or go remote. With the help of fellow classic film enthusiast and Stu’s Show podcaster Stu Shostak, he chose the latter.

The 56th annual Cinecon, cleverly dubbed “Cineconline,” is carrying on today Friday, and tomorrow Saturday, and all you have to do to watch is follow this link.

Cinecon specializes in hard-to-find and sometimes even “lost” film gems that have been newly discovered and re-mastered. Normally patrons gather at the historic and almost century-old Egyptian Theater on Hollywood Boulevard, about a block west of where Jimmy Kimmel tapes, Disney’s restored El Capitan Theatre and the fabled Chinese Theatre with the famous footprints in cement. Live orchestras have performed in past years, bringing Buster Keaton masterpieces and other silent works to life. Keyboard artists Jon Mirsalis, Frederick Hodges and Scott Lasky are back to add bounce to these on-line screenings.

This year as well, Stan and Stu have a special treat for fans of the early days of television: “Kinecon at Cinecon.” Taffel in particular has amassed a personal collection of rare, one of a kind, 16mm kinescopes. In the days before videotape , a kinescope — basically a film record of a performance shot off a studio TV monitor — was generally the only way to preserve a live broadcast. While the quality wasn’t always great, these are generally the only surviving record of an otherwise lost TV performance.

There will also be a special tribute to the late, great Carl Reiner, who, years before he wrote and created The Dick Van Dyke Show, costarred opposite Sid Caesar in the early ’50s as a performer/writer on Your Show of Shows and Ceasar’s Hour.

Show time for Kinecon at Cinecon is Friday, Sept. 4 at 3 p.m. PT, 6 p.m. ET. And it’s free (although donations are gratefully accepted via the Cinecon Patreon link). See how it all began with these rare TV clips from the ’40s and ’50s — it is stuff you won’t even find on YouTube, curated by experts who love the classics. Enjoy! 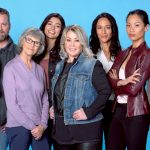 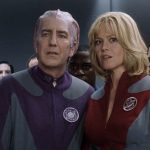