Fifty years ago, one man on one TV show created eight vividly memorable TV characters in every episode: The Librarian; Grizelda, the Ghastly Gourmet; Bwana Clyde Batty, The Oracle, The Count, The Marharishi, the record-spinning Wolfman and Dr. Pet Vet. Then he’d pull on a gorilla suit and fall on his face. The show was The Hilarious House of Frightenstein, and the man was Billy Van.

He was a one-man comedy troupe. I was barely in high school when Frightenstein began airing out of Hamilton, Ontario’s CHCH. It was allegedly a kid’s show and, sure, kids loved it, but it was so damn trippy that their older, pot smoking siblings were into it too.

At the same time, Van was also on TV as part of the “Home Team” along with “Captain” Jack Duffy and Dinah Christie on another ‘CH gem which aired throughout the ‘70s, the charades series Party Game.

Put that in perspective. In an era of only twelve TV channels, if you grew up in the Greater Toronto Area and in other parts of Canada where these shows were syndicated, you could see Billy Van in action, in character and as himself, every weekday for a decade. In a nation which has never really had a star system, Van was a household name by sheer dint of exposure, appearing both in character(s) and as himself.

If you were young and into comedy at the time, you could absolutely trace your DNA back to Billy Van. As Corner Gas creator Brent Butt — who was watching from Saskatchewan — says, Van was “the type of guy that could just steal the show at any moment.” Other Canadians, including Jim Carrey, Scott Thompson from The Kids in the Hall and Mike Myers, were also watching and clearly taking notes.

Van went on to become a key member of the Sonny & Cher Comedy Hour and other U.S.-based variety shows. Before that, he spent much of the ‘60s as a sketch comedy trailblazer on CBC with Nightcap. Yet today he largely forgotten. What happened?

Van’s complicated legacy is addressed in “Who’s The Man? Billy Van!” a biography by former Toronto Sun colleague Greg Oliver. If you grew up a fan of the actor/comedian, as I did, you’ll enjoy this book. [I’m quoted briefly giving my impressions of watching Van during his wild run on Frightenstein.]

Oliver was not able to interview Van, who died at 68 in 2003. What he did have was the manuscript to the autobiography Van wrote but never published (although it has been available on-line since 2018). This book, therefore, is sprinkled with many first-hand accounts. Other key players, including Van’s early Nightcap co-star, Alan Hamel as well as orchestra leader Guido Basso, shed light on the ‘60s series.

Van’s Party Game co-star Christie shares insights, although not enough of them for me. Luba Goy and director Perry Rosemond, both key Air Farce contributors, fill in some blanks, but I’d like to have heard more about some of the other Canadian stars who were on the visiting teams over the years, especially the memorable visits from Quebec sex-bomb Nicole Morin (“Goin’ Down the Road”).  Oliver does dig up quotes from the one and only Cher, but more first hand from her would have been welcome, too.

Party Game was super low budget with the games played on a living room set with furniture and props borrowed from the set dresser’s house. Yet the way Van, Duffy and Christie worked as one mind to solve their charades was so impressive. Host Bill Walker was basically there to harness Van and keep him from stealing the cameras and coffee tables as well as every scene. It was joyously uninhibited and self-indulgent and always great fun to watch.

Comedian John Byner, who starred in the notorious CFTO-Showtime series Bizarre (1980-86), also shares stories about how easy it was to hit his marks opposite Van.

Adding much to the Hilarious House of Frightenstein chapter was notes gathered over the years by Van superfan Stacey Case, who wrote the intro to this book. Van shot his scenes over 90 exceedingly long days starting with two hours in a makeup chair as various prosthetics were glued on to make him look like the craggy old Librarian or the record-spinning DJ, The Wolfman. Van never met Vincent Price, who flew north to shoot intros to all 130 episodes over a four day stretch. By all accounts, Price was a total pro, nailing the assignment and ingratiating himself with the crew. The reason Van never met Price? He was so exhausted from playing all those characters, he had suffered a nervous breakdown and was away when Price was in town.

Van’s story is not always a happy one. Born into a showbiz family, his childhood was less than ideal. A high school dropout, he was married five times. He was not a great dad to several children, some of whom barely knew him.

He felt tremendous bitterness towards Riff Markewitcz, creator of both Frightenstein and Party Game. As was typical of TV stars in the ‘60s and ‘70s, Van did not benefit from residuals and pocked little income for his 90 days on Frightenstein, despite its years in syndication and foreign sales.

Van also seemed always to be in-between. His best years came after Wayne & Shuster and before the explosion in Canadian sketch comedy that was SCTV and Kids in the Hall. The book outlines his frustrations at being in-between Canada and the U.S. on occasions when a green card could have furthered his career; there’s a suggestion he might have landed a part on the long-running sitcom M.A.S.H.

Butt, a big fan, has told me on several occasions that Van was the guy he had in mind originally to play cranky Oscar on Corner Gas. Van, who suffered from emphysema in his later years, had to beg off the part (aced, of course, by Eric Peterson).

When I was TV columnist at The Toronto Sun, I did a phone interview with Van; he was doing voice-over work for animated children’s shows at the time. I had a chance to tell him how much I enjoyed Party Game and Frightenstein. He was modest and grateful on the phone, and being old school, sent me a lovely thank you letter when the story came out.

Nice to see him getting some recognition now in the form of this book. If I have one quibble with “Who’s the Man? Billy Van!” it is that we never really find out. Van was very secretive, hiding such personal details as other siblings from his own children. In the autobiographical manuscript he left behind, there is barely a mention of key people in his life, including Markewitcz.

It may be that, as with Peter Sellars, Van was simply most comfortable when he was playing someone else. At one point in the book, Terry Kyne, who co-created Nightcap with Chis Bearde, calls Van “one of the most talented performers I’ve ever seen. He really was. He could do anything. He was great at everything except being himself.”

“Who’s The Man? Billy Van!” is available from OliverBooks.ca. 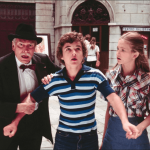 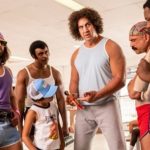 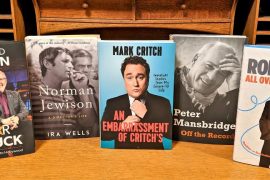 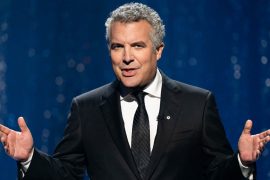 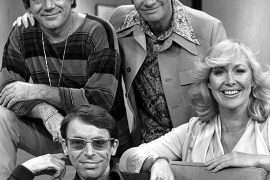