Should “Gone With The Wind,” “Breakfast at Tiffanys,” “My Fair Lady” and other films long considered classics be mothballed today over questionable content?

“Cancel culture” isn’t just targeting Harvey Weinstein or Woody Allen. There is a sudden queasiness to any film or TV show where racism or sexism raises its ugly head. The entire run of one of the most successful TV series of all time has been stripped out of circulation after Bill Cosby’s 2018 conviction for aggravated indecent assault and sexual misconduct. Under less heinous circumstances, individual episodes of even beloved shows such as Seinfeld and The Simpsons have come under the microscope — not that there’s anything wrong with that.

What is a network to do, therefore, if your whole reason for being is to show classic films from decades gone by?

TCM has come up with what I consider a reasonable solution. They’ve taken the proactive step of putting films from ther past into perspective with a new series titled, “Reframed: Classic Films in the Rearview Mirror.” The films, made from the 1920s through the ’60s, will be discussed by all five TCM hosts: Ben Mankiewicz, Dave Karger, Alicia Malone, Eddie Muller and Jacqueline Stewart.

The plan is to examine films with problematic content every Thursday night through March. Things kicked off this week with the 1939 Best Picture Oscar winner “Gone With The Wind,” “Seven Brides for Seven Brothers,” Alfred Hitchcock’s “Rope” and 1939’s “The Four Feathers.”

Frankly, I don’t give a damn if they never show GWTW again. TCM seems to show this every three weeks and it never ends. They could show three Marx Brother movies in the time it takes for Rett to walk out on Scarlett.

Same with “Rope,” a dreadful bore with the worst fake outdoors scrim wrecking every single shot.

I’m glad, however, that TCM has taken it upon themselves to put questionable and in some cases downright objectionable content into context for today’s viewers. The network set up their intentions in a release:

All of the films in this series are legendary classics, but when we watch them today, we’re seeing them in a different cultural context. We often see problems now that we might not have seen when they were made, whether it’s about race, gender or LGBT issues. TCM’s five hosts will take turns doing roundtable introductions of each of the films where they will discuss these 20th century films with a 21st century perspective. The goal is never to censor, but simply provide rich historical context to each classic.

Good for them. It would be easier to simply not show them as HBO Max (like TCM, a Warners property) decided to do by pulling GWTW from its streaming on-demand options. That decision followed the George Floyd murder and Black Lives Matter marches last summer. [See? context.] Brave therefore, given today’s very divided society, to attempt to tackle issues head on and educate.

There’s little doubt that GWTW does, as director John Ridley points out, perpetuate racist stereotypes. Hattie McDaniel’s performance in that film, however, also earned the first Academy Award for an African American. It was a breakthrough that, eighty years later, still seems to underline an injustice in award-show recognition.

Bottom line, it is good to put things in perspective. Disney CEO Robert Iger has said the 1947 feature “Song of the South,” a mix of live-action and animation based on old folk tales, will remain in the vault as long as he has anything to do with the company. That’s a missed opportunity, I think; Disney could teach an important lesson on racism and historical context if they would consider the TCM approach.

Now, easy for me to say. These films make me wince, but they don’t cut deep. They aren’t a burden to me. I’ve never been taunted because of them. Putting them properly in context takes courage and a great deal of sensitivity and understanding. I’d watch, for example, Ridley put GWTW in context; he’s a tremendous communicator and I’m sure I would learn plenty.

Many will argue that it’s impossible to put Mickey Rooney’s performance in “Breakfast at Tiffanys” in context. It is a racial stereotype, plain and simple, a blatant and unfortunate shortcut to cheaplaffs. His appearances could, quite easily, be cut out of that picture. Rooney plays a “cockeyed” character in Carl Reiner’s “The Comic” that also gives pause and mars that more forgotten picture, although it could be argued that he was simply playing a character inspired by an actual silent film star — Ben Turpin — who made a career out of a similar condition.

As someone who collects 16mm films from the past, however, I feel the loss of every print that is missing a few seconds here, a few seconds there. There were references made to Italy or Europe in “A Night at the Opera,” for example, that were edited out when the 1935 film was re-released during the dark days of WWII. Those scenes are gone forever. A joke here or there is also lost from “Horse Feathers.” Maybe that’s a good thing, but I’d still like to know the original intent — even if just to discover that the sensitivity which resulted in a wartime cut still applies today. Curious, as well, that no studio or distributor thought to excise racist stereotypes out of two other Marx Brother comedies, “A Day at the Races” or “Go West.”

The danger is that, by snipping a bit here and a bit there, by the time 60 ot 70 or 80 years go by, nothing is left. You could cut an hour out of “Goldfinger,” for example, if you were just trying to eliminate sexism. Maybe two hours.

It’s like that brilliant sketch on Mad TV where the PAX network — a short-lived service with a religious bent — ran their edited version of The Sopranos. Each episode lasted three minutes and all that remained was cannoli.

I applaud, therefore, TCM. They’re going out on a limb, and there’s not enough of that today. Bring on the context and the discussions and let’s all take a step towards being enlightened instead of being in the dark.

Other films being showcased and contextualized on TCM Thursdays in March: “My Fair Lady,” “The Children’s Hour,” “Tarzan the Ape Man,” “Guess Who’s Coming to Dinner,” “The Jazz Singer,” “The Searchers,” “Swing Time,” “Woman of the Year,” “Psycho,” “Stagecoach,” Gunga Din” and “The Four Feathers.” 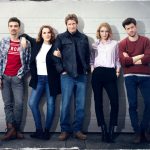 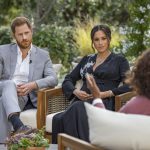 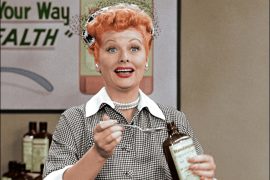 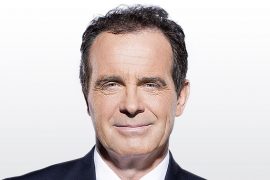