Fire up the Tiki torch and pass the Doritos: Survivor, after 22 years and in its 42nd edition, is the most-watched show in Canada the week of March 28 to April 3.

Global went one-two for the week with 9-1-1 in second spot overall. They also got a lift from NCIS and NCIS International crossover episodes, which that week combined for a fifth place finish.

Here is how the Top-10 fared in English Canada for the week according to Numeris data, measured, as usual, in terms of average-minute-audience, all persons ages 2+:

Citytv’s simulcast of the 64th Annual Grammy Awards finished in 14th spot for the week, drawing 1,218,000 viewers on Sunday, April 3. In Toronto-Hamilton, the Grammys were the second most-watched show of the week, behind only Survivor and just ahead of a Tuesday night Leafs game on Sportsnet Ontario.

Transplant, which picked up it’s second consecutive Best Drama award at Sunday’s CSA’s, was once again the most-watched Canadian scripted original. It drew 1,042,000 CTV viewers adding up to an 18th place finish nationally. Both Hudson & Rex on Citytv (23rd) and Murdoch Mysteries on CBC (tied with Marketplace for 27th) charted on the Toronto-Hamilton Top-30.

Only one of three weekly episodes of Big Brother Canada made the national list: the Wednesday edition, which drew 914,000 total viewers in a 28th place finish.

Hockey Night in Canada’s prime east game that Saturday drew 922,000 on Sportsnet National, the only sports entry in that week’s Top-30 at No. 27. Close behind was The Curse of Oak Island on History, drawing 903,000 and coming in 29th overall.

Sports found more of the audience in the Toronto-Hamilton region, where six games placed in the Top-30, four hockey and two Raptors’ Basketball. In Vancouver-Victoria, two Canucks games landed in the Top-7. in Calgary, two NHL games featuring the Flames average out to being far and away the No. 1 TV draw for the week. Same in Edmonton, where four Oiler games averaged out to being the bigest draw of the week.

Citytv’s Canada’s Got Talent did best in Vancouver-Victoria, where it placed 15th for the week. 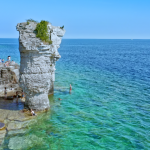 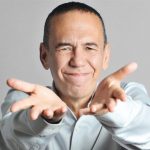 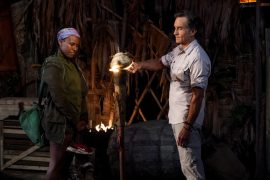