With NHL playoffs just a week away it is time to check in with one of the games biggest stars. I’m talking about Peter Puck, first voiced nearly 50 years ago by actor Ronnie Schell.

Schell was at Hanna Barbera studios working on Wait Till Your Father Gets Home with Tom Bosley when he was approached to do the voice of a hockey puck. Schell, now 90, took one look at the drawing and came up with a high-pitched voice for the character, who explained hockey rules to American audiences on NBC. CBC also ran the episodes between periods on Hockey Night in Canada.

As you’ll hear on the podcast, Schell admits he knew next to nothing about hockey at the time. His game was baseball, and he played semi-pro as a first baseman before joining the Air Force in the early ’50s. Many years later, when he was the honorary mayor of Encino, Calif., he helped organize a softball team made up of various other sitcom stars. On the team were Martin Mull and Fred Willard (from Fernwood 2Nite), Harvey Korman, Jack Riley (The Bob Newhart Show) and John Byner. The team’s name: The Reruns.

That series was co-created by a previous brioux.tv podcast guest: Bill Persky. I collect old TV shows on 16mm film, and bought a print of Good Morning World a few weeks ago on eBay. While it was purchased by a gentleman in Oregon, I was delighted to discover it had one of those old, familiar CBC Canada map logos at the end, indicating it was a print that originally aired in Canada.

Schell has an amusing story about rehearsing with Hawn during the run of this series. He offered some advice to try and help her focus and become a better actress. He felt a little sheepish two years later when Hawn won a Best Supporting Actress Oscar for “Cactus Flower.”

Schell went on to make several Disney features in the ’70s and ’80s, including one with Hawn’s future partner Kurt Russell (1975’s “The Strongest Man in the World”), “Gus” (1976) with Don Knotts, and “The Shaggy D.A.” (1976) with Dean Jones, Suzanne Pleschette and Tim Conway. He also performed for decades in Las Vegas, opening for everybody from Sammy Davis, Jr., his pals Nabors and Carol Burnett and Glen Campbell.

He continued to work well into his eighties and was a guest twice in recent years on Gilbert Gottfried’s popular podcast.

On this podcast, he goes way back to his early days at the Purple Onion and the hungry i near San Francisco where he shared the bill with The Kingston Trio and Phyllis Diller. That led to an appearance opposite comedy legend Groucho Marx on You Bet Your Life you can find on YouTube.

Schell has a thousand stories and even spills the beans on a couple of performers he wasn’t so crazy about. Click the blue-and-white arrow above to listen to the entire podcast. 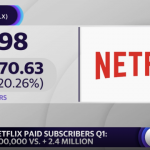 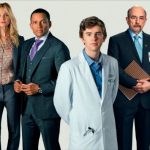