Last Monday’s coverage of the final services for Queen Elizabeth II drew a large daytime audience — but nowhere near as spectacular as has been hyped.

There were initial social media reports suggested that this was TV’s biggest show ever, with a worldwide audience of four billion. People, please.

According to the British audience research organization BARB, an average of 26.2 million viewers watched the Westminster Abbey funeral across all channels in The UK, with about 18.5 million of that total watching on The BBC.

Another 11.4 million, as estimated by Nielsen, was the average audience in the United States. Five million in Australia. In Canada, across all broadcast, news channel and digital platforms, for the eight hour morning funeral block, according to numbers I’ve seen, maybe three-and-a-half million.

As veteran TV reporter Stephen Battaglio wrote in the Los Angeles Times, “She may have been a widely respected monarch for 70 years, but when it comes to TV ratings, Queen Elizabeth II is no Diana.” In America, in 1997, the funeral of Princess Diana drew 33.2 million viewers.

Why the drop off in viewers for Her Majesty’s farewell? Some speculate, given today’s attention spans and news cycles, that the 11 days between her death on Sept. 8 to the funeral Sept. 19 was a factor. The ever-fragmenting way viewers consume media also plays a role, as does the early morning time period.

Taking a closer look at Canada, the cumulative take was around two-and-a-half million among the conventional broadcasters. CBC News Network, CTV New Channel and CP24, added another 750,000 or so. Digital? Let’s be generous and say another million.

No one network or platform averaged over 800,000 in terms of live viewing for the eight-hour plus, early morning coverage. Did one or two peak over a million towards the end of the church service at Westminster Abbey? Almost certainly.

Trouble is, as of last month, Numeris no longer releases that kind of data to the public. Ask the broadcasters, they say. Numeris, by the way, is a division of the Canadian Association of Broadcasters.

I did ask. CBC provided a summary. Global also shared a number. Citytv declined and CTV did not respond.

According to data supplied by CBC Research, Canada’s public broadcaster beat CTV, Citytv and Global with its royal farewell coverage. On Monday, September 19th, the CBC News Special: The Funeral of Queen Elizabeth II, hosted by chief correspondent Adrienne Arsenault, reached an audience of 4.1 million in Canada on CBC and CBC News Network between 5 am and 12:30 pm ET.

Keep in mind that reach is not how many people were watching. Reach, as defined by the Marketing Accountability Standards Board, “measures the breadth of an advertisement’s spread across a population.” In other words, if you were channel surfing and caught one commercial on a program, you were part of a reach.

In terms of Average minute Audience (AMA’s), the measure that matters to advertisers, CBC says their live coverage was still No. 1 in Canada, drawing an average minute audience of 869,000 during that same 5 am to 12:30 pm time period. They add that their royal news special was also streamed over 440,000 times on CBC Gem, CBCNews.ca, CBC Listen and the CBC News app.

In terms of the total amount of content consumed, CBC adds that the 995,084 total hours spent watching the royals is their largest single day total since the truckers protest in Ottawa back on February 24.

The Corus/Global PR department shared that, at the height of the broadcast coverage on Global News, the network peaked at close to 460,000 viewers across the country at the time of the Queen’s committal service. The news special was hosted by Global National anchor Dawna Friesen.

Numeris did release a very gung ho statement declaring that coverage of the Queen’s royal farewell was “unprecedented” and “reached” 13.2 million viewers.

Again, that is reach. And this reach is even more of a reach. If all the traditional broadcast options, such as CBC, Citytv, CTV and Global plus their various news channels are covering the same thing, and you’re flipping about, you’re going to hit at least one commercial. The only reason the reach wasn’t higher comes down to Netflix, Disney+, Prime Video, Crave, AppleTV+ and the other streaming options.

The story that doesn’t get told here is who won — Lisa LaFlamme or CTV? Did the abrupt firing of their former chief news anchor impact CTV’s news audience? And did Rogers score higher ratings with its royal coverage as a result of hiring LaFlamme as a “special correspondent”?

Advertisers and others who subscribe to Numeris know the answer. In the old days, CTV would be quick to offer their spin on the numbers on an occasion like this. Weary of negative headlines and a social media pounding, they’ll sit out this ratings race and I get it.

Still, these kinds of major event, competitive ratings reports have always been part of the business. Hiding the outcome doesn’t fool anybody.

Over 30 years ago, legendary NBC network boss Brandon Tartikoff said that TV ratings had become “the box score of the ’90s.” Consumer like to know the score, and a single release with misleading numbers is no crowning achievement. 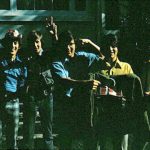 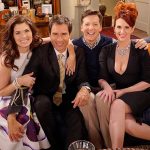