This week, CHML’s Scott Thompson wanted my take on the recent Bell/Rogers/Leafs mega-deal. I point out that the TV business is way rougher than anything that takes place on the ice. Look for Bell and Rogers to go into the corners with the elbows up and expect a few concussions along the way.
As for whether or not CBC can ultimately hang onto the 24 Saturday Hockey Night in Canada games, my completely unscientific take is that, while other networks have long coveted that property, the NHL has enjoyed almost 60 years in partnership with the public broadcaster and as long as they can come close to the market value for rights, NHL hockey will remain on CBC past the two years left on that TV deal. As the old saying goes, it ain’t broke–although CBC may well be once their appropriation is hacked back by 10%, which could happen very soon according to persistent rumours.
Scott also asks what I know about Charlie  Sheen’s upcoming series Anger Management. Besides the fact CTV has it, Bruce Helford (The Drew Carey Show) is the showrunner and it will open big, not much. Scott suggests Pamela Anderson should be cast opposite Sheen. I suggest a scenario the two of them could play ripped from a frisky Toronto commuter news headline. It all goes downhill from there. You can listen in here. 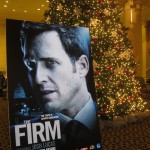 Set visit: up close with the cast of The Firm 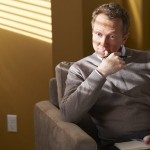