In Canada, if more than one new original series is ordered in the same week, it is a flurry. News about three is an avalanche.
So bring on the shovels. CTV took the unusual step of flying an executive down to the TCA press tour is Pasadena to announce the pick ups of two new series. Satisfaction, an ensemble romantic comedy, stars Luke MacFarlane (Brothers & Sisters), Stephanie Lemelin (Bones), Ryan Belleville (Almost Heroes), Vic Sahay (Chuck) and Leah Renee (The Playboy Club). It’s written and executive produced by Tim McAuliffe  (Up All Night) and executive produced by Halifax-based DHX head Michael Donavan (22 Minutes). Production begins in the spring, with 12 episodes ordered. A pilot was shot in Toronto last Fall.
The show sounds a bit like Happy Endings, “from a bromance perspective,” says CTV president Phil King.
The other new series commitment is the ensemble undercover detective drama Played (working title). Creator is Greg Nelson (Saving Hope, Rookie Blue). Adrienne Mitchell and Janis Lundman (Bomb Girls, Durham County) are also among the producers, as is Michael Prupas (The Kennedys). Thirteen episodes are set to start production this Spring in Toronto.
Played is about sexy young undercover cops and sounds like Flashpoint-meets-Rookie Blue. CTV did not release any casting news, but nice to see everybody from Satisfaction back and working in Canada.
The CTV one-two original news came the same week as news about another comedy-in-the-making from the same broadcaster. A pilot for Spun Out will shoot before a live audience Jan. 18 in Toronto. Dave Foley will star as the head of a PR firm. (They spin things, hence the title.) Paul Campbell (Almost Heroes) also stars as a disgraced writer who ends up working at the publicity house. Holly Deveaux (Less Than Kind), Al Mukadan (Radio Free Roscoe), Rebecca Dalton (The L.A. Complex) and J.P. Manoux (Community) also star. The three camera comedy is co-created by Jeff Biedman (Life With Derek) and Brent Piaskoski (According to Jim) with Brian K. Roberts (The Debaters, The Drew Carey Show) and Andrew Barnsley (Hot Box) also executive producing.
You have to go way back to the ’80s and shows like Don Adams’ Check It Out! to find the last Canadian broadcast network three camera comedy, I think, and even that switched to one camera after it was discovered that Adams just could not remember his lines in front of the live studio audience. Yet now we have two, with City’s Package Deal already in production in Vancouver.
According to reports, Partners is budgeted in the $2 million-per-episode range; the half hour comedy Satisfaction will try and get it done at half that.
Canadian TV production is booming across the country with jammed studios and busy crews in Vancouver, Toronto and Halifax. Don’t thank a renewed sense of patriotism at the networks. Programmers here are starting to get that the age of content on demand is here, now, and creating and owning the content for home and international distribution is a better business model than renting shows, most of which fail fast in the U.S. anyway.
Interesting, though, that CTV chose to announce these shows in Pasadena, rather than in Toronto. Hey, usually they buy them in L.A. and announce them here, so we’ll take that trend. 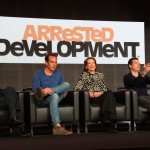 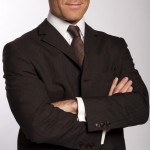