Spun Out opened Thursday night to 1,218,000 CTV viewers according to overnight estimates. Numbers for the second episode, which aired in the sitcom’s regular, Friday at 8 timeslot, will not be available here until next week.
That’s a lot of viewers, and certainly much more than Seeds or Package Deal premiered to on City, but not quite the grand slam CTV may have been hoping for. After all, the premiere was well promoted last Sunday on CTV’s Oscar telecast (which averaged 6 million plus viewers) as well as on billboards along the Gardner Expressway in Toronto and other venues across Canada. It was also strategically tucked behind the most-watched TV show in Canada, The Big Bang Theory, which did its usual 3.5 million in the overnights Thursday, as well as in front of still-popular soap Grey’s Anatomy (1,828,000).
The bad news is that the Toronto-based comedy shed nearly two-thirds of its powerhouse lead-in. Still, the homegrown series won its timeslot across Canada and did especially well in Toronto, Calgary in Edmonton. What about Vancouver? Spun Out drew 100,000 there, edged out in the hour by CTV Two’s sputtering American Idol.

Denting Spun Out‘s impact was the show carried at 8:30 on the CBS simulcast out of Big Bang, The Millers. Global grabbed a solid 841,000 overnight viewers Thursday at 8:30 for the Will Arnett laugher.
Otherwise the competition was not especially killer Thursday night. There was a hockey special on CBC, but it was Los Angeles at Winnipeg, not the Leafs or Canucks, with 517,000 tuning in.
At 10 p.m., CTV picked up 923,000 more viewers with the second season return of Motive. The last time CTV has two home grown shows as part of their Thursday night lineup? I’ll have to look that one up.

Perhaps the most startling numbers Thursday were over on Slice, where Big Brother Canada had a big second season launch. An astounding 714,000 (429,000 A18-49) tuned in to the specialty channel at 9 p.m., with an additional 388,000 overnight, estimated viewers sticking around for the post-episode “Side Show.” That followed the Big Brother Canada premiere Wednesday on Global, which snared 738,000 overnight viewers.
CTV was able to launch comedies Dan For Mayor and Hiccups to two million viewers four years ago with a gigantic Vancouver Olympic push. Still, neither of those shows could hold those numbers or those expectations. CTV would be happy to open lower and keep more.
When the Live+7 PVR totals come in, Spun Out will also likely gain more from “total” viewers who may have watched Millers live and banked Spun Out, or streamed the new series on-line.
Friday’s audience number will be a better indication of where the show will settle. Sitcoms often take longer to find their feet but the network will ultimately be looking for Corner Gas-like returns from their Foley farce. 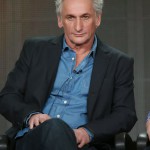 Matt Craven always up for Resurrection