There’s more from me on the newly-opened MZTV Museum of Television and Archives in the entertainment section of Saturday’s Toronto Star. The museum, located at Zoomerplex in Toronto’s Liberty Village, houses Moses Znaimer’s incredible collection of early television receivers, including the largest collection of pre-war sets in the world.

If you visit the museum before the end of June you can also see the English Canadian premiere of the Cinematheque Quebecois Exhibit, which contains vintage sets, magazines and other artifacts related to television from 1950 – 2000. Jump here to MZTV.com for more information. You can also read my earlier post on the museum’s grand re-opening here.

It’s a rare Toronto print two-fer for me as I also have a feature in Saturday’s Globe and Mail. It’s a Canadian Press piece on the launch of the new Howard Gordon drama Tyrant, premiering Tuesday, June 24 on FX and FX Canada. Set in a war-torn, fictional region of the Middle East and shot in Tel Aviv, the series, which features Montreal-born actress Jennifer Finnigan (Close to Home), couldn’t be more timely.

There’s a paywall, so buy the Ontario edition of The Globe to read the full story, or you can find it picked up elsewhere. Or just do a Google News search for me using two words that always go together: “Brioux” “Tyrant”. 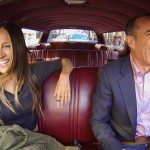 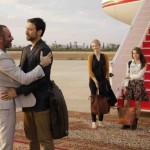