This question was posed to the producers of Tyrant at the most recent TCA press tour: either of you guys heard of a little picture called The Godfather?

There are some strong parallels with the Francis Coppola classic and this new drama, which premieres Tuesday night at 10 p.m. on FX and FX Canada. There are big difference, too. Tyrant takes place not in America but in a fictional land in the Middle East. (The pilot was shot in Morocco while the rest of the series was shot in Tel Aviv.) What is familiar is the theme of a prodigal son who, just when he thought he was out, is dragged back into a web of organized crime by his family.

Howard Gordon, showrunner on both 24 and Homeland, is behind this summer run series which was created by Israeli writer/director Gideon Raff.  The series focuses on a pediatrician living in the United States, Barry Al Fayeed. He’s played by Adam Rayner, a British/American actor who has appeared in Mistresses. Al Fayeed is drawn back to his Middle East homeland after 20 years to attend his brother’s wedding. Complications ensue. Montreal native Jennifer Finnigan (The Bold and the Beautiful) plays Al Fayeed’s wife Molly.

FX apparently outbid HBO for the rights to this series. Tyrant, however, suffered a few false starts. Ang Lee was signed on to direct and then bailed. David Yates, who directed the final four Harry Potter movies, took over. Raff left the series, and there was plenty of back-and-forth on casting. Read Lacey Rose’s investigation into the backstory on Tyrant here in The Hollywood Reporter.

Gordon and the cast downplayed any production tension when they met the press last January in Pasadena to promote the series. Read my take away from that press conference here in this piece written for The Canadian Press. 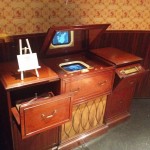 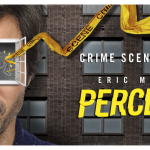