For the past ten years, my life has gone like this: be a freelance TV beat writer; see the world.

The most spectacular trip so far may have been to China in May with the teams participating in The Amazing Race Canada. Thanks to Jim Quan and the folks at CTV PR, I was invited to tag along as teams from across Canada raced around the massive capital city of Beijing.

The episode airs this coming Tuesday night at 8/7c on CTV.

Beijing is money. The freeways that ring this city of 22 million people are new and spectacular and the roads are filled with only the latest and showiest BMW’s, Benz’s and Audi’s. Matthew McConaughey would show up in his Lincoln and be told to park it at the airport.

That’s the first thing you notice ab0ut the cars in Beijing: the wealth. The second is that every driver has their windows up and they are all wearing gas masks.

There was a thick blanket of smog, sand and dust in the air the week The Amazing Race Canada was in Beijing. Checking into the Swissotel in downtown Beijing, you open your closet to hang your clothes and there on the shelf is, not a hairdryer or an extra pillow but a gas mask. Two of them, actually.

Beijing, we were told, was being peppered by a large sandstorm from the north where deforestation has rendered the Mongolian region a sandbox. Couple that with roaring coal mines and all those factories that used to be in Ohio, Michigan, Pennsylvania and Ontario and you get the amazing race to the oxygen tent.

This did not discourage our party of four — fellow journalist Jim Slotek,

stills photographer and fellow former Toronto Sun colleague Alex Urosevic (subbing this year for the ailing Mark O’Neill), Quan and myself from exploring an area that was, unfortunately, not on the agenda for the racers arriving the next day: the Forbidden City.

Tourists swarm this enormous downtown region, accessible by cab or by one of the ubiquitous fringed “Tuk Tuks” that scoot across the city. Newbies soon discover that lanes and traffic flow don’t mean a damn thing enroute from the hotel. Drivers navigate like schools of fish, weaving against traffic, cutting straight across several lanes at a time. Sitting with your back to traffic turns out to be a blessing; what you can’t see is less scary than what you can.

The entrance to the Forbidden City is directly across from tank tested landmark Tienanmen Square. Police and military guards present throughout the area stare right through you so know where you’re going and don’t expect much help on the street.

Once inside the first set of walls in the Forbidden City, things feel less forbidden. Remember the 1987 movie “The Last Emperor”? It’s like that, only over and over and over again. Walking though it is like walking through 11 Disneylands minus the attractions, although the ancient Chinese sure knew a thing or two about scale. 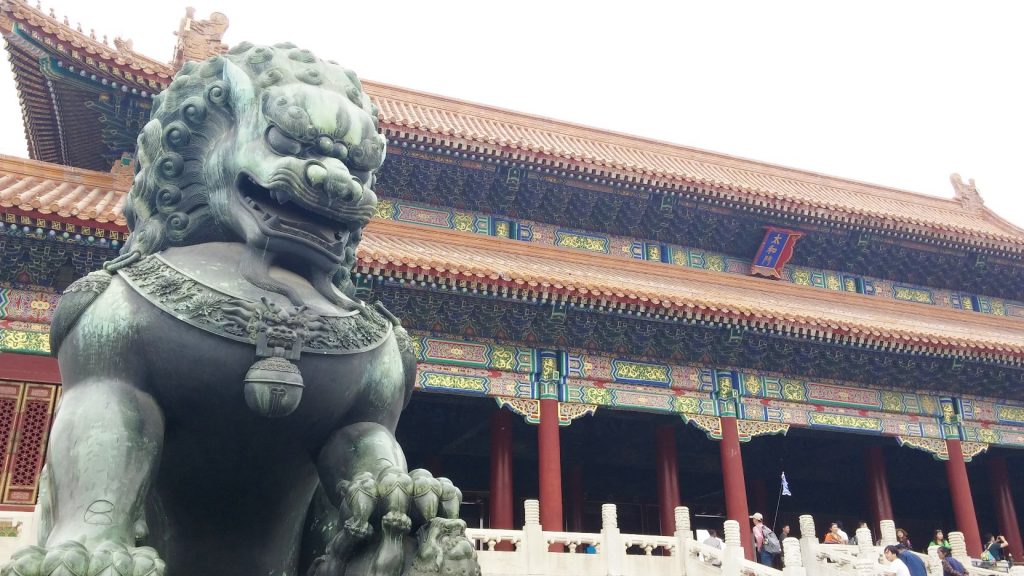 Visitors pass through the front entrance Meridian gate and continue in through courtyard after courtyard. Along the way there are brass door knobs and vase handles to touch for good luck. Each courtyard contains inner chambers up many steps where tourists can glimpse into the darkened interiors at gilded and painted thrones.

There are guided tours of the museum collections contained in sections along the perimeter. Some courtyards permit food trucks and souvenir kiosks. The giant, walled gates soar six meters high and extend 20 meters wide. Workers on cherry pickers were touching up sections with purple paint in what must be an unending process.

You see a lot of Selfie sticks at the Forbidden City. It is one busy tourist destination; also a UNESCO World Heritage site. The various gates have titles to match their physical grandeur, with names such as “The Palace of Heavenly Purity” and “The Hall of Supreme Harmony.” These are even more impressive than Brampton’s  Fennel Dynasty shrine, the “Palace of Perpetual Entitlement.” 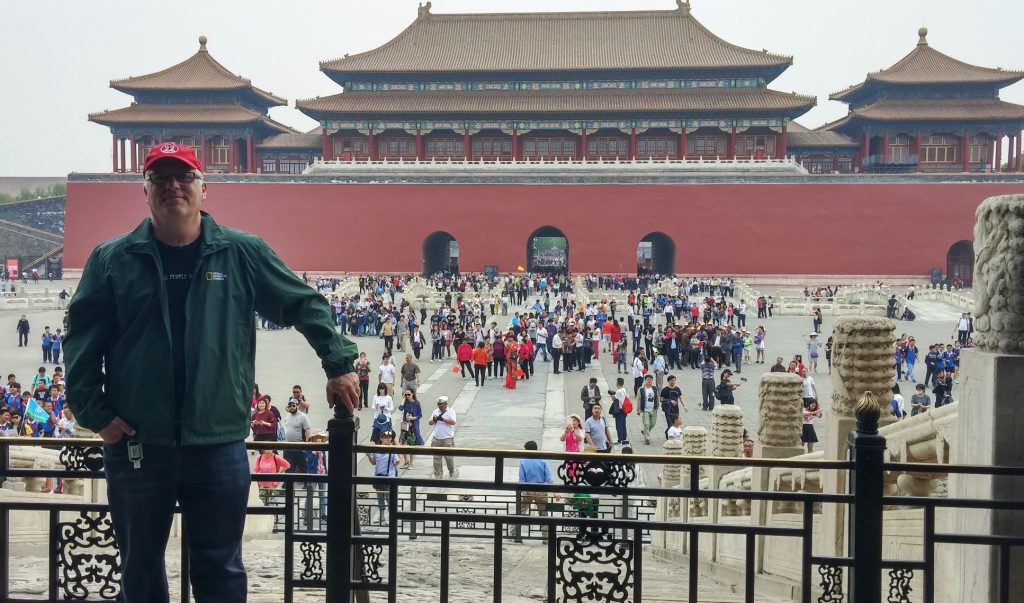 When you finally get to what seems to be the end of the Forbidden City, the space narrows into a forest of trees and souvenir shops. Across the street, however, is another temple, up a steep series of steps. This venue comes with a separate admission price. It’s worth the cost and the hike, providing a bird’s eye view of the Forbidden City, at least on days when a thick blanket of dust and smog does not hide just about everything.

On the way back to the hotel, the Tuk Tuk driver got lost several times, then tried to rip us off for four times the cost of the ride. He did drive right up the steps of the hotel and practically inside the lobby, but, still. While we were arguing with the dude (or gesturing really), I noticed out of the corner of my eye that we were being ringed by four or five black-shirted police officers. Arriving out of nowhere, they noiselessly moved in, grabbed buddy and his Tuk Tuk and took took them away. This was good because we had only given weasel boy a quarter of what he was trying to hold us up for. Still, we all made a mental note: don’t cross the cops.

Read more about The Amazing Race Canada and next Tuesday’s trip to China here in this feature I wrote for The Canadian Press. Posting here next: the gang of four tackles a steep section of the Great Wall of China. 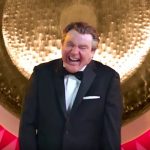 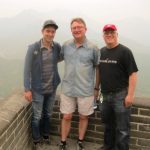 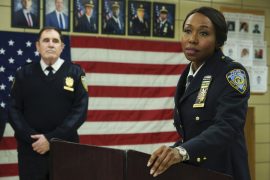