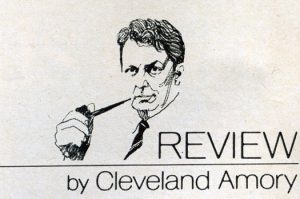 Back when I was a wee lad, Cleveland Amory would review shows for TV Guide magazine. He was on the back page, in a pencil sketch, wearing the typical white shirt and black tie reporter uniform of the ’60s. He was clutching a pipe, which is how you knew he was a critic.

Reading his stuff now, so tart, funny and fearless, makes me want to stick his picture on the top right corner of my lap top.

When networks start thrashing about, looking for old TV shows to reboot, they could do worse than to read one of Amory’s original reviews first. Here is his bruising take on the original S.W.A.T., a special forced police series from the mid-’70s (rebooted this season with Shemar Moore in the lead):

“When you get in trouble,” the advertisement for this show declared, “you call the police. When the police get in trouble, they call S.W.A.T.” When S.W.A.T. gets in trouble, we presume, they call a critic. But not this one. We read a publicity release that stated that all of S.W.A.T.‘s stars are athletes. We have no reason to doubt it. As actors, however, we’ve seen better robots.

It got worse: “The premiere episode was offensive from every possible angle,” wrote Amory, who found the series “so predictable, you can bet on it.” When one character got his mouth taped at the end of one episode, Amory suggested “that it was an on-the-spot answer to the dialogue.”

What probably bugged Amory most about this series was the all the capitalization and periods. I wrote about Agents of S.H.I.E.L.D. once and vowed never again (until now). The Man from U.N.C.L.E. — “Uncle!”

Amory’s review of another series re-booted this season — Star Trek — is less harsh if no less hilarious. Among the “fun people” aiding Kirk and Spock, he noted in his March, 1967 review, was Mr. Sulu and “a beautiful Negro communications officer.”

“Altogether,” he added, “they’re so darn-well  integrated internationally that it seems a pity to waste them on outer space. We need them right here on earth.”

He ended the review by describing a scene showing Kirk admonishing a hallucinating crew member:

“Face front! Don’t talk! Don’t think! Don’t breathe!” It was good advice — and in our opinion the best way for an adult to watch this show. For the kids, though, let ’em breathe. Let ’em even hallucinate. They’ll love it.

Amory, who died at 81 in 1998, also did a regular radio commentary called, “Curmudgeon at Large.” The Harvard grad was an author and an outspoken animal rights activist. He was fired as a commentator on The Today Show for suggesting that killing hunters in cold blood would be humane and kind due to their overpopulation — the same argument the hunters were using at the time to justify an annual bunny slaughter.

Just once, he put his money where his mouth was by co-creating (with Abe Burrows, father of director James) a TV show: O.K. Crackerby!, a forgotten 1965 sitcom starring Burl Ives as the world’s richest man. It lasted 17 episodes; Amory later claimed to have had little to do with it.

Jack Gould of The New York Times got in the dig that stuck: “So far Crackerby is O.K. in name only.” 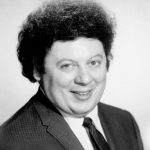 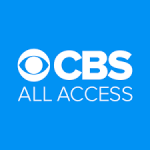