The traditional broadcast networks used to introduce their new seasons with Fall Preview reels packed with catchy slogans and jingles such as, “Still the One!” “Where the Good Times Are” and “This is the place to be.”

This year it’s more like, “Thanks for not cutting the cord yet!”

Here’s a look at how shows old and new were drawing in English Canada from Thursday to Sunday as returns on the last few fall premieres trickle in:.

Speaking of football, over on TSN, 508,000 were estimated to have watched Hamilton and Winnipeg’s CFL matchup.

The 45th season premiere of Saturday Night Live, hosted by Woody Harrelson, drew an overnight, estimated 836,000 2+ viewers in English Canada. The Trump in trouble opener was fun, especially Larry David as a spot-on Bernie Sanders, but the other 85 minutes was utterly forgettable for me — except for the mildly amusing Downtown Abbey film parody.

A few shows you might think do better Sundays don’t. CBC’s Anne with an E, now in its third season, did 287,000 in overnight estimates. It is one of those shows, however, that does extra well in Live+7, total data, where it might add another 50 per cent to that total. Heartland (559,000) is by far CBC’s biggest draw on the night.

The Simpsons 30th season premiere on Citytv clocked in at 429,000. The three imported animated comedies that followed barely got sampled in overnights, with the new series Bless the Harts doing 180,000, Bob’s Burgers at 206,000 and Family Guy at 193,000.

CTV runs a lot of NFL football on Sundays. The early afternoon game, K.C. vs. Detroit, drew an estimated 682,000, with the 4pm game, Tampa Bay vs. Rams, rushing for 718,000. CTV2 had the prime time Sunday Night Football game between Dallas and New Orleans. It was a monster hit in the US, but not so much in Canada with an overnight, estimated 463,000 viewers.

Add to that, however, the take on specialty. TSN also had the prime time tilt between Dallas and New Orleans, with an estimated 445,000 tuning in. On TSN and CTV2 together the game drew 908,000. TSN also has the early KC/Lions game with 247,000 watching there. TSN2 had the 4 pm NFL game, drawing 174 for Rams/Tampa Bay. Over on Sportsnet, The Jays batted 558,000 for their end-of-season afternoon tilt against Tampa Bay. 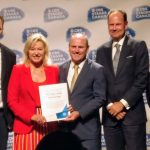 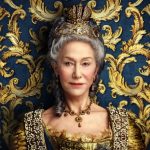