I have a great fondness for Don Cherry. The Hockey Night in Canada icon has granted me some memorable interviews over the years, dating back to my days at TV Guide and The Toronto Sun. We would talk about his vintage Lincoln Mark VI’s, Bobby Orr, and my dad’s stint in the Provost Corps during WWII. He signed photos to my dad, and they were proudly displayed.

Cherry, however, is irrevocably and unapologetically of his time. He was hired, and was watched, because he might say the damndest thing. There was no doubt he would one day say one damn thing too many.

Cherry knew this better than anyone. As a student of military history, he would invariably tell me that he would one day be carried out on his sword. He was who he was, he’d say, and there was only one way this all would end.

It ended Monday, on Remembrance Day. That’s sad, but not as sad as the fact Cherry was allowed to fulfill his own prophecy.

His comments Saturday on his last Coach’s Corner were an insult to many Canadians who, like Cherry, revere and respect military service. To rant about a perceived decline in poppy usage and then pivot to “you people” as the source of the decline is a step too far across the line, even for a person granted a measure of slack for being an elder from a less diverse generation.

That the comment comes during a between periods segment during a hockey broadcast calls into question how far Coach’s Corner had veered outside the lines.

With no apology from Cherry forthcoming, Sportsnet had no option. It’s been too soon since Justin Trudeau’s brownface-the-nation shocker. There would be no more “Oh, that’s just Don,” carpet sweep. After years of ratings declines for Rogers’ Hockey Night in Canada, the East and West Saturday night broadcasts on CBC are up 19 per cent and 28 per cent year-to-date. The media company is no doubt aware that some of that bounce in viewership is likely thanks to “you people.”

It’s no accident, as well, that Brian Burke survived the most recent round of downsizing at Sportsnet. Cherry is, afterall, 85, and he’s been ranting about pinkos and left wingnuts for years. Saturday wasn’t his first politically incorrect offense. With Burke on the bench, there’s air in the spare.

Still, it didn’t have to end this way. Some of us would have welcomed a victory lap for Cherry had it occurred a season or two ago. If you think his star power has dimmed, go see how fans mob him to this day at any rink in Canada. That reaction is not just because he wears crazy suits and says outrageous things. He also shed genuine tears for soldiers and fallen police officers. That touches all of us people.

How appropriate that show of patriotic respect was on hockey broadcasts, I don’t know. It was certainly uniquely Canadian. Not being able to say “I’m sorry,” however, is not. A Canadian says I’m sorry when you step on his skates.

Ron MacLean said, “I’m sorry.” It took a day but he was contrite and sincere. Viewers piling on him this week, pump your brakes. MacLean understood better than anyone that he was sitting next to a lit fuse. That fuse had everyone’s attention but, when it eventually went off, goodbye career. I’d have been sitting there too trying to think up a happy pun to get out of that corner.

The great broadcaster Howard Cosell didn’t exactly go out in a blaze of glory, either. Like with Cherry, two poorly-chosen words (“little monkey”) brought a premature end to his career on Monday Night Football. Cosell saw himself as a champion of African American athletes, and was mortified to be seen as racially insensitive. Nonetheless, perception sometimes is more powerful than reality, outrages can accumulate, and the “mouth that roared” was sidelined.

Words can come back to haunt anyone, especially the outspoken (and especially in the social media age.) Did the incident ruin Cosell’s legacy? I doubt it. Do most under 30 today know who Howard Cosell was? Only, perhaps, as a punchline on The Simpsons. There does seem to be a lesson here for Cherry and others: sooner or later, no matter how famous, your #timesup.

Rick and Morty are finally back to save the universe

Disney+ explores The World According to Jeff Goldblum 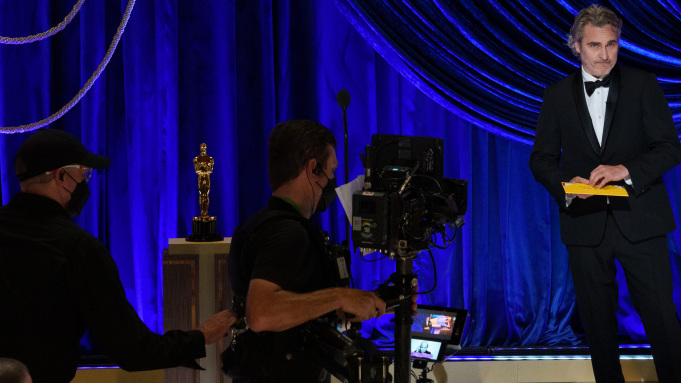