News this week that there would be a revival of Sex and the City without Kim Cattrall struck me as such a greedy reach. Would Groucho and Chico have made a movie without Harpo?

We live, however, in an age when there is just so much money on the table for reviving any brand that might still cut through the clutter. God knows Cattrall did not get filthy rich from her already cancelled fall series Filthy Rich. There are reports that Sarah Jessica Parker, Cynthia Nixon and Kristin Davis will each pocket a million bucks per episode for this 10-episode revival. That will buy a lot of shoes, even Manolo Blahniks.

Those rumours of a Friends reunion, stoked by Jennifer Aniston’s Twitter feed, will never go away — despite the fact co-creator Marta Kauffman keeps saying, “Over my dead body.” Kauffman’s real friends are probably standing watch by her house, on the lookout for Warner Brother Television executives with clubs.

In any event, can you ever, really, go home again on television? Look at recent attempts to go back to the well past any best before dates. That Beverly Hills, 90210 revival two years ago just reminded fans that, they, too, were now in their fifties and its not always pretty. On the other hand, the reason an Animaniacs revival works? Cartoons don’t age.

Still, that hasn’t slowed down the flood of TV series revival announcements. Hands up anyone who is looking forward to a re-boot of Dexter. My reaction upon hearing Nichole Kidman will play Lucille Ball in an upcoming I Love Lucy project? “Waaaaa!” Do we really need to re-visit Gossip Girl, Punky Brewster, iCarly or Power Rangers now that fans of the original are old enough to vote? Even news of more Frasier seems wrong now that John Mahoney has passed on (and David Hyde Pierce appears to be in witness protection).

I’m all for one-shot specials or cast reunions on daytime talk shows. It’s fun to revisit the actors who brought such joy; it’s like getting together with old friends. I’m also okay when an original cast is brought back for a limited reality run to restore their old sitcom house, as the cast of The Brady Bunch did. It’s an idea that is nerdy enough to satisfy both fans and collectors.

I’m not an admirer of The West Wing but I applaud the way Aaron Sorkin and others brought the band back together to do an imaginative re-staging of an old episode just prior to the U.S. presidential election. The production and direction (by key original contributor Tommy Schlamme) made the old wine in fresh bottles age better than expected.

Also fun and engaging for me is watching those Jimmy Kimmel, “Live in Front of a Studio Audience” specials. I loved seeing actual scripts from “All in the Family” and “The Jeffersons” and other Norman Lear classics performed by Jamie Foxx, Marisa Tomei, Woody Harrelson and others. Hopefully more of these specials will be staged once performing live in front of a studio audience is a thing again.

There are always exceptions to the rule and there is one series revival that works for me: The Conners. It is a pure revival, with the same actors playing characters from a series — Roseanne — that was a hit 30 years earlier. The writers, showrunners and actors, however, all committed to update this family with a sincere intent — to show a struggling family trying to muddle through in today’s challenging times. And — and this is the key — to do it with empathy and humour.

The cast, led by old pros John Goodman and Laurie Metcalf, have the talent to pull it off but it is the way Lecy Goranson in particular has stepped up that keeps it intriguing.

All of which brings me back to this idea to revive Sex and the City. Shooting could start in the spring. HBO Max — which needs big ticket items to drive subscriptions (“Wonder Woman 1984” is the current magnet), will be the destination.

This series is so of its time it would be a dumb idea even with Cattrall back in pumps. I’m not the only one who feels this way; Glynnis MacNichol, in a 2018 Elle article, looked back at the series and observed that it is “so white you need sunglasses.”

E.J. Dickson, however, has beaten me to it with a terrific article up now at Rolling Stone magazine. See if you don’t agree with his main point that Cattrall was the straw that stirred the drink, and then answer this question: would you ever really want to sip at any of those gross, candy-coloured Crantinis again? 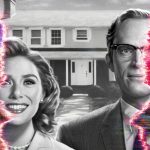