Nobody makes me laugh out loud like Ron James. Canada’s ultimate Road Warrior will be “Live from my Living Room” with a brand new comedy special on Sunday, March 21 at 8 p.m.

Ron put on a comedy clinic at The Rose Theatre in Brampton two years ago. He also stepped in as the warm up act to perhaps the most anticipated comedy show in Toronto of the past three years, the SCTV cast reunion at the Elgin Theatre on Yonge Street. Everybody was there — Catherine O’Hara and Eugene Levy, Martin Short and Joe Flaherty, Andrea Martin and Dave Thomas — even notorious stay-at-home Rick Moranis. Director Martin Scorsese was in the house, as was host Jimmy Kimmel. John Candy’s two adult children were there, and the audience was filled with many other comedians and performers.

Talk about better be funny. James walked out and had everybody in stitches. He was threatening to overstage the big show if they’d left him out there any longer.

Like other performers, the Nova Scotia native has been shut out of theatres and other venues for a full year. Ever resourceful, he turned to zoom so that his act could go on.

James’ virtual New Year’s Eve special sold over 3500 tickets. This new hour, co-written by a couple of comedy veterans, premieres next Sunday, March 21, at 8 p.m. and will feature all new material. Tickets are available here with some proceeds going to the theatres and other venues James would normally have played all across Canada.

“Live performance has taken a torpedo to the bow,” says James, who last performed before an actual audience March 7, 2020, at Hamilton Place. “Given the relentless pummeling COVID 19 has delivered to our battered psyches, I figure the best way to keep our sanity intact in the face of this madness… is by laughing at it!”
He’s calling this latest virtual comedy show, “Spring Loaded.”

Listen as he talks about his long road to the top of the Canadian stand-up summit, including his start with “Second City,” his brush with SCTV, his three lean years in the States (where he was seen in My Talk Show with Cynthia Stevenson) and many other encounters and adventures. He singles out a couple of comedy heroes along the way, including Scottish funnyman Billy Connolly as well as James own dad, who maintained a strong sense of humour to the end.

This podcast episode is the best back stage pass on what Ron has planned for March 21. Listen in and laugh along with Ron’s take on Canada at a COVID crossroads. 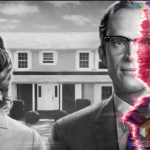 What to watch this weekend? Here’s what’s new today in streaming 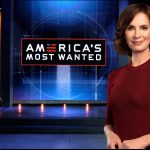