Mike Richards is out as host of Jeopardy.

A mere nine days after being announced as Alex Trebek’s successor, and right before he was set to start taping episodes, Mike Richards resigned.

It appears, however, that he keeps his job as executive producer.

Question: How does he even show his face around the studio? Here is Richard’s statement:

“It pains me that these past incidents and comments have cast such a shadow on Jeopardy! as we look to start a new chapter. As I mentioned last week, I was deeply honored to be asked to host the syndicated show and was thrilled by the opportunity to expand my role. However, over the last several days it has become clear that moving forward as host would be too much of a distraction for our fans and not the right move for the show. As such, I will be stepping down as host effective immediately. As a result, we will be canceling production today.”

Richards added that Sony Pictures Television will now resume their search for a permanent host, bringing back guest hosts from the past eight or so months as they shoot episodes for the new season.

Presumably, Mayim Bialik keeps her job as host of a new series of primetime tournament episodes.

Richards seemed a shocking choice to begin with. As much as he claimed not to have a hand in being singled out for the on-air job, it is not clear when other front runners, such as Bialik, Ken Jennings and LaVar Burton, knew that they were going up against the boss for the job.

An article appearing Wednesday in the pop news and sports site Ringer may have been the final nail in Richards’ coffin. Claire McNear, who wrote the 2020 book, “Answers in the Form of Questions: A Definitive History and Insider’s Guide to Jeopardy!” broke some damning details regarding transgressions that had surfaced during Richards’ tenure as a producer on The Price is Right, as well as dismissive and disrespectful comments he made as co-host of a 2013-14 podcast that was appropriately titled, The Randumb Show.

News of these bloopers outraged the Twittersphere, particularly among fans who have not given up hope that LeVar Burton will finally get the TV job he has boldly sought to make his own.

Cancel culture, however, wasn’t the only thing that got Richards. McNear’s Ringer report suggests that, while the executive producer stepped away from being part of the group who chose Trebek’s successor, he was still involved in scheduling auditioners and selecting which episodes were brought before other judges. Burton’s first episode from his one-week audition was not his best, for example. Jennings, the first auditioner, had his run of shows cut short and was replaced by Richards.

The whole deal had the smell of insider trading.

There was no doubt Richards would be dismissed when I was asked to be a small part of a report senior entertainment reporter Eli Glasner filed Thursday night on CBC’s The National. (See the two-minute video, above). My suggestion to Glasner, not used on the segment, was that this should open the door to one group not included in the first round to follow Sudbury-native Trebek – Canadians. 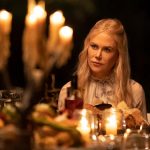 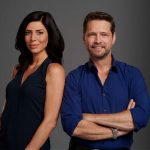 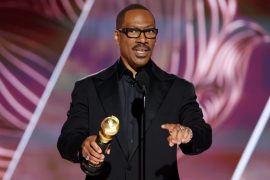