There’s been a lot of discussion about the fallout from executive producer Mike Richards’ abortive attempt to become the next host of Jeopardy! Was he ditched because of insider-y optics that suggested the fix was in? Or was he cancelled after insensitive comments from the past that came back to haunt him?

Either way, data just released from Parrot Analytics suggests that who hosts the long-running quiz show may not be that important after all.

Ratings have been high for Jeopardy! in Canada pretty much all year. In the wake of the news that Richards had emerged as a controversial choice, the series ranked 13th in Numeris’ latest Top-30 weekly tally among programs watched in English Canada.

Raw numbers, however, don’t always tell the full story. Parrot did a survey to try and determine which hosts have driven the most demand for the show to date. Factors such as social media interest factor into their methodology. No. 1? Ken Jennings, followed by Anderson Cooper and Aaron Rogers. Katie Couric came next, then Richards.

In 11trh spot: Mayin Bialik, one spot lower than Buzzy Cohen and two behind the people’s choice (at least on Twitter), LeVar Burton.

More of an eye-opener, for me anyway, was the spike over the last few years in demand that had nothing to do with who is host.

The demand for Jeopardy!, according to Parrot, has been on a steady decline the past five seasons. Highest demand of all was recorded in 2019 when contestant James Holzhauer was defeated, ending his 33 episode run. Another spike in interest came a few months prior to that, when Alex Trebek went public with his cancer diagnosis.

Parrot also asked which guest host would have the greatest impact in expanding audience demand for Jeopardy! The answer: Aaron Rogers.

UPDATE: After I posted the above, along comes my favourite TV critic with the definitive answer as to why the choice of Richards to host Jeopardy! was flawed and how the ultimate solution to this mess should be approached. Take three minutes and read former contestant Kareem Abdul-Jabbar spell it out for us. 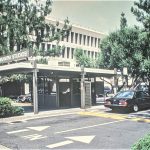 For Sale: CBS Radford, home to decades of TV favourites 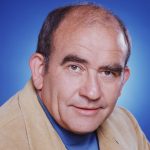 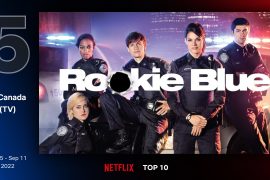