December means holiday viewing and all kinds of goodies — including a free preview window on one of our sponsors: Hollywood Suite. Check them out, and check back often to this December calendar page which, like every month, will be updated often.

Branson (HBO; Crave). Virgin founder Richard Branson takes time out from rocketing to Mars to sit for a four-part docuseries.

A Hollywood Christmas (HBO Max; Crave). This is an attempt to shake up the usual Christmas movie formula by goofing on all the tropes. Jessika Van plays an up-and-coming Christmas movie director who has to put up with a network executive (Josh Swickard) who is all over the set of her latest film. As her assistant (Anissa Borrego) points out, she’s not just making a holidayt movie, she’s living in one. There’s also a wayward dog.

Riches (Prime Video). This six-episode British-African drama begins with a will being read igniting a family fight over a fortune.

Scrooge: A Christmas Carol (Netflix). Yet another new, animated, re-telling of the Charles Dickens’ classic. Features the voices of Luke Evans, Olivia Colman, and Jessie Buckley, plus lots of singing.

2022 People’s Choice Awards (NBC). The People have Chosen — not to watch any more award shows.

Sebastian Maniscalco: Is It Me? (Netflix). The latest stand-up comedian special from the Italian-American comedian who charges way too much to see him in person.

Connect (Hulu). This six-part series from Korea, adapted from a web toon, is about a bad guy who hunts down another bad guy who stole one of his eyes. Finally, the pupil has become the master!

Jann: Alone for the Holidays (CTV). Even though her series quietly disappeared a year or so ago Jann is miraculously back and in back-to-back Christmas episodes with her sitcom cast, including her assistant Trey (Tenaj Williams). Features guest appearances by Michael Bublé and Bryan Adams.

Baking All the Way (Super Channel House & Home). A celebrity chef (Cory Lee) searches for the perfect gingerbread cookie recipe. She finds it in a bakery in a picturesque small town. The owner of the store (Yannick Bisson), however, will not part with the family recipe. Add a pinch of Colin Mochrie, Deb McGrath and Jayne Eastwood and you have the perfect recipe for a feel-good holiday romance. Directed by Bisson and featuring his real-life daughter Mikaela Bisson in a small role as a local news segment producer.

Dr. Seuss’ How The Grinch Stole Christmas (CBC). The 1966 holiday classic, directed by Chuck Jones and voiced by Boris Karloff.

My Next Guest Needs No Introduction with David Letterman (Netflix). Letterman traveled to war-torn Kyiv in October to interview Ukranian president Volodymyr Zelenskyy in front of a small audience.

American Masters: The Adventures of Saul Bellow (PBS). Philip Roth, Salman Rushdie and many others discuss Saul Bellow, a Quebec-born, American writer who some argue transformed 20th century literature. Bellow won both the Pulitzer and the Nobel Prize for literature and was known for confronting social issues, including materialism. He was not shy about criticizing American politics and society.

The Checkup with Dr. David Agus (Paramount+). A-List celebrities go to the doctor in this six-part docuseries. Big names, too, such as Oprah, Howie Mandel, Jane Fonda, Amy Schumer, Lily Tomlin, Nick Cannon, Maria Shriver and Ashton Kutcher. Did you know, for example, that Kutcher has a twin brother who had a heart transplant? Begins with three episodes then call me in the morning.

Baking It: Maya Rudolph & Amy Poehler’s Celebrity Holiday Special (NBC). They did this last year, so they’re back at it again: Fred Armisen, Kristen Bell, Nicole Richie & JB Smoove join this friendly competition to “cele-bake” the holidays and raise some dough for their favorite charities.

Kindred (Hulu; Disney+). Based on Octavia Butler’s novel, this eight-episode FX series puts a black writer’s life in peril as she is shuttled back-and-forth in time to the home of her ancestors — a 19th century plantation.

Who Killed Santa? A Murderville Mystery (Netflix). This is spun off from that largely improvised Murderville thing Will Arnett did earlier. He’s back as hapless detective Terry Seattle and he’s joined by his Smartless pal Jason Bateman. A mall Santa is murdered. Does Maya Rudolph have anything to do with it?

If These Walls Could Sing (Disney+). Director Mary McCartney looks at the history of Abbey Road Studios, a place where her dad and his pals once worked. Paul McCartney, Elton John, Cliff Richards, David Gilmour, John Williams and George Lucas all chime in.

Dr. Pimple Popper: With Every Cyst-mas Card I Write (TLC). Erupting with joy for the season. Mind the egg nog.

“Christmas in Connecticut” (TCM). This 1947 black and white Warner Bros. feature has become a holiday favourite in recent years. Barbara Stanwyck is the main reason why. She plays Elizabeth Lane, positioned as a Martha Stewart-like happy homemaker. Trouble is, she can’t make toast. Sydney Greenstreet gets to demonstrate a flair for comedy as her publisher. Another “Casablanca” alumni, S.Z. Sakall, steal’s scenes as the household’s true chef. Also stars Dennis Morgan, Reginald Gardiner and Dick Elliott, all in fine form.

“It Happened on 5th Avenue” (1947) The great character actors of the ’40s elevate what might otherwise be seen today as “sentimental hogwash,” to quote Mr. Potter. For example: VIctor Moore in this picture plays a hobo who camps out in a fancy New York mansion every winter when the wealthy owners go south. Don DeFore, who later played “Mr. B” on Hazel, plays an army vet looking for a place to squat. Charlie Ruggles is terrific as the wealthy owner of the dump. Look also for a very young and handsome future Gilligan’s Island skipper, Alan Hale Jr.

“The Man Who Came to Dinner” (TCM). Monty Woolley, in the first of his Christmas movie evergreens appearances, plays a thinly-disguised version of critic Alexander Woollcott in this 1941 black and white gem. Bette Davis, in a rare supporting role as the great man’s secretary, is a bonus and so is Ann Sheridan as a Hollywood tramp. Character actors Mary Wilkes, Billie Burke and Grant Mitchell all shine, but Jimmy Durante as banjo is no substitute for the the guy who inspired the character — Harp Marx.

“A Christmas Carol” (CBC). The public broadcaster keeps showing the horribly colourized version of this black and white classic, starring Alastair Sim. Avoid at all costs.

“Remember the Night” (TCM). The late, great TV Guide Canada movie buff Harry Purvis always considered Fred MacMurray to be one of the silver screen’s finest actors. The future TV dad co-stars in this 1940 drama in a very sympathetic role in his first teaming with Barbara Stanwyck. This film veers as dark as the low moments of “It’s Wonderful Life” and features a lovely supporting performance from an actress who shines as a mom in both of these holiday classics: Beulah Bondi. Look for the hilariously uncomplicated border crossing scene into Canada. Those were the days.

2022: Back That Year Up (Peacock). Kevin Hart and Keenan Thompson take a comedic look back at the year that was.

“White Christmas” (CBC). This Bing Crosby-Danny Kaye favourite features beautiful technicolour but has not aged particularly well over the years. Followed by a repeat of “Scrooge,” the horribly crayonized defacing of the Charlies Dickens’ classic.

“The Bishop’s Wife” (TCM). Cary Grant and David Niven switched roles on this black and white 1947 gem and thank goodness. Only a charm god such as Grant could have gotten away with playing an angel who is basically constantly hitting on the wife of a bishop! Loretta Young plays the lady in question with Monty Woolley — who made “The Man Who Came to Dinner” the same year — charming in support. Look for another xmas movie immortal — Bobby Anderson (he plays young George Bailey in “It’s a Wonderful Life”) — as a snowball thrower.

“It’s a Wonderful Life” (NBC; CTV). Every time this movie airs, an angel gets its wings.

Letterkenny (Crave; a day later on the 26th on Hulu). Pitter patter get at ‘er as six new Season 11 episodes drop Christmas Day. On tap: the small town contends with the best chip flavours, lost dogs, an influencer invasion, Skid business, a mystery at the Church Bake Sale, unwanted guests at beer league, and the Degens stirring up trouble. And that’s just for starters.

Coronation Street at Christmas (CBC). AIrs early at 11 am. Followed by…

The King’s Christmas Message (CBC). The what?? Ye gads no. Please get them off our money.

Son of a Critch: Season 1 Marathon (CBC). Last season’s No. 1 Canadian comedy gets a holiday rerunning just in time for fans to welcome the second season premiere January 3.

American Masters “Groucho & Cavett” (PBS). TV talk show legend Dick Cavett looks back at his friendship with his comedy hero Groucho Marx, who took some of his final comedy curtain calls on the New York stage of The Dick Cavett Show. Plenty of clips, some featuring Woody Allen, Truman Capote, Dan Rowan and others. For more, please listen to my exclusive brioux.tv: the podcast episode with Cavett, which you can find here.

Ice Breaker: The ’72 Summit Series (Super Channel Fuse). Yes, another look back 50 years to the historic Canada-U.S.S.R. hockey summit series. This one is based in part on former diplomat Gary J. Smith’s behind-the-scenes book “Ice War Diplomat: Hockey Meets Cold War Politics at the 1972 Summit Series. Among the commentators: Wayne Gretzky, Ron MacLean, Margaret Trudeau and Terry Mosher (aka Montreal editorial cartoonist Aislin). From filmmaker Robbie Hart. For more on this, listen to my conversation with Ice-Breaker director Robbie Hart, which you can find here.

Miley’s New Year’s Eve Party (NBC). What part of her wardrobe will malfunction this year? Co-hosted by Dolly Parton. 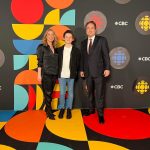 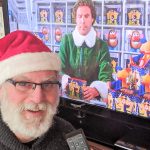