The older I get, the more TV and film stars from my youth are singled out in the anual TCM Remembers year-end videos. This year, Larry Storch from F-Troop — who lived to be 99 — is among the clips, as is Pat Carroll, a Danny Thomas Show regular and frequent talk and game show guest who resurfaced as the voice of a Disney villian in “The Little Mermaid.” She reached the age of 95.

This year’s tribute, which plays to “The Night We Met” by the LA-based band Lord Huron, also features a few prominent Canadians, including “Ghostbusters” director Ivan Reitman and well-liked Big Little Lies director Jean-Marc Vallee. A Brit who made a name for himself at the National Film Board of Canada, Gerald Potterton, died at 91. He directed one of Buster Keaton’s last works, “The Railrodder,” worked as an animator on The Beatles’ “Yellow Submarine” (1967) and even worked with Reitman in the animated feature “Heavy Metal” (1981).

Dwayne Hickman from Dobie Gillis is among those saluted, but Tony Dow from Leave it to Beaver is not. Some, such as Kirstie Allie, Olivia Newton-John, William Hurt, Marvin Lee “Meat Loaf” Aday, Ray Liotta, Robbie Coltrane, Irene Cara and Gilbert Gottfried, seemed to have left us far too soon. Well, maybe not Meat Loaf, who survived till 74. That dude loved to party like a rockstar. James Caan was 82. Nichelle Nichols beamed aboard the big starship in the sky at 89. Robert Morse made it to 90.

Not so lucky was Anne Heche, who died in a fire-y car crash at just 53. 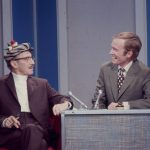 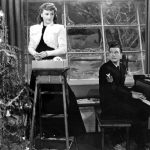