As the anti-Bill C-10 Facebook site nears 20,000 members, the Ministry of Heritage is backpedaling faster than Roger Clemens at a lie detector test.
Yesterday, Heritage Minister Josee Vernier, who was a no-show at last night’s Genie Awards in Toronto, issued this statement on the controversy surrounding the news last week that last minute amendments had been added to Bill C-10.
“Recent media coverage has speculated about the Government’s intention to police the film industry to prevent the production of movies with provocative titles or themes like those in Eastern Promises, Borderline, or Ma fille, mon ange. Nothing could be further from the truth. Our Government is deeply committed to freedom of expression and will continue to support the creation of edgy, entertaining Canadian content.” Read the full statement here.
That’s good news, but certainly at odds with what Charles McVety, head of the Canadian Family Action Coalition, was saying yesterday on CHCH’s Live @ 5:30 in Hamilton.
For someone deeply offended by the title of the upcoming Canadian film Young People F***ing, McVety said it over and over again yesterday, even spelling it out at one point. While he admitted he had not seen the film, McVety said the title alone was all he needed to condemn the project and urge the government to disallow tax credits for productions that veer outside community standards. Young People F***ing is clearly the mantra of the CFAC as they continue to lobby the Harper government to impose a restrictive, conservative agenda upon the Canadian film and TV industry.
Vernier’s emphatic comments, however, would seem to indicate that McVety is a loose cannon who needs to put a cork in it and that the (minority) government is pulling itself well out of his pew.
McVety also said yesterday that he had read the synopses and the reviews for Young People F***ing and that they confirmed his guess that the film was objectionable.
For the record, that bible of the porn industry, The Globe and Mail, gave the romantic comedy from director Martin Gero (Stargate Atlantis) two-and-a-half stars after its Toronto International Film Festival premiere last September, suggesting that “intercourse is not the main course here. Instead, this is a literal sex comedy where laughs are sought, and often found, at every stage of the act, from ‘foreplay’ to ‘afterglow.'” Toronto Life wrote that while the film’s “salacious moniker certainly lobbies for your attention,” the film itself “is surprisingly mild.”
Hmm…lobbies for attention. Sounds more like Church People F***ing–with reporters. 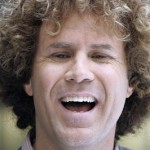 Oscar Goes to: Will Ferrell 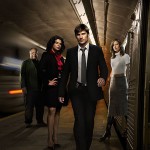