Never underestimate Tom Selleck. The 65-year-old (above, centre) showed he can still pull an audience—even on a Friday—with the strong debut of his new CBS series Blue Bloods. The New York-based cop drama drew an overnight, estimated 2,126,000 CTV viewers Friday night, making it the second most-watched 2010-11 series premiere over all, just 10,000 viewers behind Global’s Hawaii FIVE-0 estimated take last Monday. In the U.S., Blue Bloods bowed to 12.8 million on CBS. Week two of Jimmy Smits new legal series Outlaw did less than 5 million Stateside on NBC.
CTV had a huge night Friday. CSI: New York roared back with an estimated 2,325,000 viewers. A repeat of Human Target targeted over a million at 8 p.m., with Big Bang finding 859,000 at 7:30 in early prime syndication. The CTV National News did 1,411,000.
With virtually no promotional push, the second season of Ron James CBC comedy found 406,000 viewers. A half million plus caught the second look at the Rick Mercer Report, with CBC getting 641,000 viewers at 9 p.m. for a fifth estate “Above Suspicion” doc. The George Stroumboulopoulos Hungadunga, Hungadunga and McCormick Three Quarter Hour greeted 112,000.
Global’s no flow Friday did not take off with should-have-been-canceled 90210 down to 359,000 at 8, leading into the network premiere of History Television’s Ice Pilots, NWT at 209,000. Outlaw did 612,000, less than a third of that in the demo.
Even TSN outperformed Global with 626,000 CFL fans catching Friday’s Montreal Winnipeg tilt.
The news was better for Global Saturday, in late night at least, as over half a million Canadians tuned in for the 36th season premiere of Saturday Night Live. 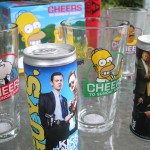 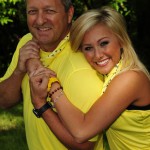