In another end of the year poll, Orphan Black has emerged as the critics’ choice as the Best Show in Canadian Television.
The popular Space series, starring Golden Globe nominee Tatiana Maslany (left) in an astonishing, multi-personality role, was the overwhelming choice when votes from a dozen Canadian TV critics were tabulated at TV Guide Canada.
Second on the list was Seed, City’s Halifax-based comedy about a sperm donor. This was a surprise to me as I didn’t have it among my Top-10 picks.
I put Murdoch Mysteries first and not just because it is the story of the year in Canadian television. (Critics ranked it 4th overall, with The Amazing Race Canada pegged at 3rd.) Few series given up for dead by one network rise to become the No. 1 scripted series at another, but that’s exactly what Murdoch has accomplished in the past 12 months. I rank it first because it is well written, acted, scored, directed and produced.
But I can’t quibble with Orphan Black and had it second among the Canadian shows I singled out over the past year. My third and fourth spots went to Motive and Less Than Kind.
Degrassi, Haven, Match Game and Arctic Air all tied for last on the overall list.
Check out all the results here. 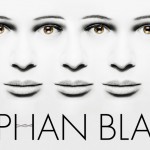 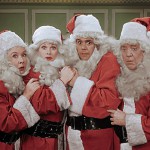 I Love Lucy in Colour for Christmas