The North Poll isn’t the only poll sticking out these days. Everybody seems to be making with their annual best and worst TV show lists of the past year.
The folks at HitFix, home of Alan Sepinwall, asked me to participate in their Second Annual Television Critics’ Poll. Fifty-three critics took part. Everybody was asked to list their Top-10 and each choice was given a certain number of points.
The overall winner was pretty obvious: AMC’s Breaking Bad. The always intense Walter White saga took the same top spot the year before. More of a surprise, to me anyway, was the runner-up: Netflix’s Orange is the New Black, edging out HBO’s Game of Thrones. See the top 80 picks in order here.
Mad Men (6) and House of Cards (8) also made the Top-10. I was cheered to see shot-in-Toronto Orphan Black crack the mainly U.S.-based critics Top 15. Mississauga-based Hannibal placed 27th.
Shows that took a tumble from the previous year include Girls (from 6 to 44), Homeland (2 to 21) and Downton Abbey (9 to a tie for 21). Seems about right.
A wild card pick I made cracked the Top-50: Crackle’s Comedians in Cars Getting Coffee (48).
Critics were also asked to rank their Top-10 new shows for 2013. I wrote back suggesting they were higher than Rob Ford to think there were ten worthy rookies in what has been a dismal year despite all this talk of a new “Golden Age.”
Orange is the New Black, The Americans and Masters of Sex took the top three rookie spots, all deserving, although I’d flip the order.
The only new network series in the HitFix critics’ Top-10 was Fox’s Sleepy Hollow (10), created by Toronto’s Phillip Iscove. Interesting to note that the much ballyhooed Marvel’s Agents of SHIELD did not even make the top shows list (placing lower than 80th!) and even among new shows it only reached 37th place, well behind lesser known shows such as HBO’s new Getting On (17 and one of my picks), Hello Ladies (19th) and Ray Donovan (20).
I’ll post my own best and worst list middle of next week. 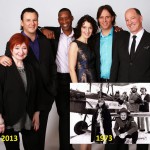 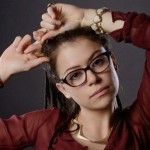