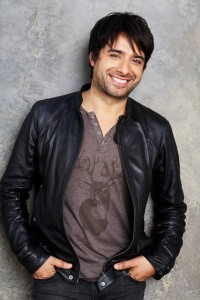 Back in 2008 when my book Truth and Rumors came out, I was booked as a guest on CBC Radio’s Q. I had never met host Jian Ghomeshi and was struck by how professional the whole experience was, and flattered that he and his producers had taken the time to set everything up with a well-written introduction. The interview went well and the only thing I was sorry about later was that my U.S. publisher did not have a Canadian partner–leaving Ghomeshi’s listeners with Amazon as the only option to buy my book.

Sunday’s bombshell announcement that CBC was severing all ties with the popular radio host did not entirely come out of left field. There had been rumours and published reports over the summer targeting an unnamed CBC radio personality. The Toronto Star had been investigating allegations about Ghomeshi’s private life for months and Monday put it all in print, a day after the radio host’s startling Facebook post had him trying to get out in front of the situation.

I have no inside knowledge about any of this. Head to other sites if you are looking for  judgement. This is a developing story, so me tweeting that CBC Radio is replacing Q with the new shows S & M is just further evidence of my own horrifying joke addiction.

What interests me is how CBC has reacted to Ghomeshi’s alleged sex news and how CBS reacted when David Letterman had his Worldwide pants pulled down a few years back.

The circumstances, of course, are different. Letterman was faced with news of his consensual affairs with female staffers being used as an extortion attempt. He chose to come clean about his private life, at great risk to his relationship  at home as well as his personal reputation. Letterman gambled that 20-plus years of goodwill as a national television personality would see him through a very tough personal challenge.

There were undoubtedly viewers who never forgave Letterman for cheating on his partner. His reputation took a hit and he suffered through months of embarrassment on air. But Letterman was seen as a hero in some circles for standing up to an extortionist. Letterman’s on-air confession–riveting television, by the way–is seen today as the textbook example of getting out in front of a story. Through it all, most importantly CBS had his back.

In his Facebook post, Ghomeshi cops to engaging in sexual practices some might find objectionable. He insists, however, that these titillating stories now surfacing are part of a smear campaign launched by a jilted lover. The nature of the allegations, however, apparently turned CBC execs 50 shades of pale. They quickly decided to bring Ghomeshi’s tenure with the broadcaster to an abrupt end.

Could CBC have stood by their man, as CBS did with Letterman? Would a sex scandal, in 2014, drive listeners away from a radio show or might it actually have caused a spike in ratings? The implications of CBC’s swift action is that there is more to this story. The irony, as the story plays out, is that other radio shows all across Canada are going to see their ratings jump Monday as Ghomeshi’s sex life becomes the talk of talk radio. 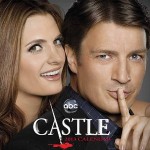 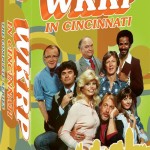 WKRP in Cincinnati box set worth the wait