How well CBC’s reincarnated The National does will eventually be answered once the broadcaster figures out a reason for there to be four news anchors.

The flagship newscast returned Monday in a generally mistake-free hour. While Ian Hanomansing, Adrienne Arsenault, Rosemary Barton and Andrew Chang all did a fine job, there was never any reason to have two anchors in Toronto, one in Vancouver and one in Ottawa.

Monday’s opener at 10 p.m. ET/PT on CBC was watched by an overnight, estimated, average minute audience of 739,000 for the first half hour, 610,000 for the second half. While newscast audiences rarely get a bump from Live+7 data, this one might as some viewers probably PVR’d the new newscast so they could check it out later.

The CBC newscast numbers are almost identical to where they were on a randomly chosen Monday night back in January under Peter Mansbridge’s watch: 734,000 for the first half hour.

Read my full take on CBC’s new National newscast here at this review I wrote for The Canadian Press. 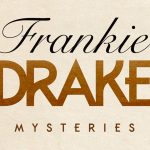 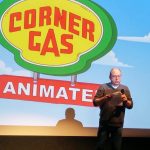