Last week (Oct. 1-7), the new TV season came smack up against one of the busiest times of the year in sports (start of hockey, baseball playoffs, college and NFL football). The Kavanaugh hearings south of the border also seemed to distract Canadian eyeballs. Here’s a look at the start of last week in terms of overnight, estimated ratings data. Keep in mind the final Live +7 and streaming data is factored in will boost viewership for most of these scripted shows, some by 20 or 30 per cent:

CTV’s night started relatively slowly with the second year, relocated drama The Resident (981,000). The rookie reboot Magnum P.I. followed at 9 p.m. with 846,000 overnight, estimated viewers, down almost half a million from it’s opening one week before. Seems mustaches do matter. CTV rebounded at 10 p.m., however, with the top-draw of the night: The Good Doctor. The second year medical drama drew 1,639,000 viewers, up 130,000 from the week before.

As the Kavanaugh hearings heated up, 253,000 turned to CNN in Canada to watch Cuomo Prime Time.

The No. 1 show on Canadian screens Wednesday night? The return of the NHL with 1,599,000 watching the much-vaunted  Toronto Maple Leafs squeak out a win over the Montreal Canadians. Another 726,000 stayed for Calgary’s loss to the Vancouver Canucks. That all this came a day or so after the resignation of Sportsnet president Scott Moore is a bit of a baffler. 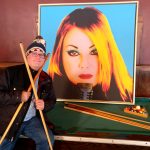