In many respects, CBC’s fall TV season really begins in winter. That’s when the network rolls out their more robust slate of rookie shows.

Tuesday in Toronto, at the public broadcaster’s broadcast headquarters, the CBC PR department held their full monty Winter Media Day and it was a robust event, with hearty nosh, CBC scarves and comforting Mac & Cheese as well as cast members from eight new and returning shows available for interviews.

First on my list Tuesday was a sit down with the cast of Street Legal, the reboot of the prime time soap that was a wildly successful part of CBC’s schedule back in the late-’80s early ’90s.

Cynthia Dale was a young lass at my old high school, Michael Power-St. Joseph’s in Etobicoke, so I was able to tell the old joke about us having gone to separate schools together. She returns as scene-stealing storefront lawyer Olivia, with the character leaving Bay Street to open her own boutique law firm. Eric Peterson returns for a few episodes as Leon, now a judge but no longer riding his motorcycle (as he did in the original’s opening credits). Anthony Sherwood also returns briefly in one episode. Allan Hawco (Republic of Doyle) also dons robes and gets in on the legal hi-jinx.

Three new cast members — Cara Ricketts, Steve Lund and Yvonne Chapman — play the next generation of legal eagles and investigators out to kick ass under Olivia’s tutelage. Bruce M. Smith, the main storyteller and showrunner behind 19-2, performs that function on the new Street Legal.

The new cast is more diverse than the original; proud nationalist and Order of Canada recipient Peterson — busy recording voice overs for a second season of Corner Gas Animated — was delighted that they hailed from different regions across Canada. Street Legal will launch Monday, March 4 at 9 pm.

Also new at CBC for 2019 is Diggstown, one of two rookie shows based in and around Halifax. Vinessa Antoine (Being Erica) plays Marcie Diggs, a young lawyer making amends in her community after a series of harrowing experiences which play out in the pilot. Natascha Henstridge (Species) plays the firm’s enlightened boss. Among the other legal leads is C. David Johnson, which is a curious coincidence since he also played a lawyer on the original Street Legal. A year earlier, another Street Legal alumni would have also been at the CBC winter launch: Albert Schultz. There would be no alumni photo op, however; for various well reported reasons, Schultz was not among the Kim’s Convenience media day contingent. Diggstown premieres Wednesday, March 6 at 8 pm.

Cavendish is CBC’s other new Halifax-based series. The comedy stars Mark Little (Mr. D) and Andy Bush (Funny or Die) as two brothers who grew up in Toronto but return after 30 years to Cavendish, P.E.I., the city of their birth. They quickly discover that the place is way weirder than they remember. Little credited entertainment reporter Rudy Blair — also in the house Tuesday — with nailing the elevator pitch line for this series: “It’s like Twin Peaks meets Scooby Doo.” The series launches Tuesday, Jan. 8 at 9:30 pm.

Backed by showrunner Morwyn Brebner (Saving Hope), Coroner stars Serinda Swan as a coroner who investigates sudden deaths in Toronto. Roger Cross plays a homicide detective who helps solve these very stiff and cold cases. Both stars politely smiled at my joke that their show should be called Coaches Coroner featuring Don Cherry. Grapes as Quincy? Tell me that wouldn’t be a hit.

When Cross mentioned he was originally from Jamaica I introduced him to Toronto Star TV scribe Tony Wong, also an islander. What followed was five minutes “Hey Mon!” backslapping banter I wished I had video taped. Coroner premieres Monday, Jan. 7 at 9 pm.

I spoke briefly as well with Dragon’s Den original Arlene Dickinson. Her new business series is called Under New Management. Here the savvy venture capitalist meets with various entrepreneurs who are looking to change lanes and reinvent themselves. Man, did I ever want to book a session with Arlene on life after journalism. The timely series could easily double its episode order just by booking GM workers from Oshawa. As it is, the four episodes will launch Friday, March 15 at 8:30 pm.

The one new cast I did not get a chance to chat with Tuesday star in the limited drama series Unspeakable. The series recounts the harrowing story of the tainted blood tragedy in the wake of the ’80s AIDs epidemic. Series creator Robert C. Cooper (Stargate: Atlantis) knows this story firsthand, having contracted Hepatitis C from tainted blood. The series boasts an excellent cast, including Sarah Wayne Callies, Shawn Doyle and Rob Cooper. Unspeakable premieres Jan. 9 at 9 pm on CBC.

One other returning series I’m happy to champion is Little Dog. Shot in and around St. John’s, the dark comedy stars Joel Thomas Hynes as Tommy, a boxer who screwed up the one task he had to do — throw a fight. Season Two, which begins Jan. 17, picks up immediately after Season One left off. The great cast, including Irish actress Ger Ryan as the Darth Vader of moms, all return except the one actor you’d think would be an easy get for Hynes and his fellow executive producer, writer and former spouse Sherry White: their son Percy Hynes-White. The kid, however, is booked, a regular on the Marvel action adventure series The Gifted. “Plus,” says White, “what 17-year-old wants to work with his parents?”

No matter; Little Dog is still as feisty and eclectic as hell next season, says Hynes. Look for it starting Thursday, Jan. 17 at 9:30 pm, or — as with all these shows — on the CBC Gem streaming service starting in December. 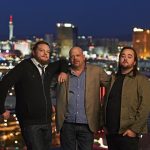 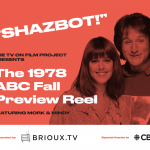