It’s always a good sign at a TV on Film Program screening when the audience can sing along with the theme song.

Such was the case last Thursday night in Toronto when an episode of Tales of the Wizard of Oz was pulled out of the vault. The 1961 series was produced by Crawley Films in Toronto in conjunction with Videocraft International, Inc., later known as Rankin/Bass Productions.

It was shown locally, if memory serves, as part of Cartoon Playhouse, a staple of CFTO’s daytime schedule throughout the ’60s. The traditional, 2D animated series featured characters from L Frank Baum’s Wizard of Oz books, although Videocraft gave them new names to go with their stark, boldly-outlined designs. The Tin Man was nicknamed “Rusty,” the Scarecrow “Socrates” or “Sock” and the Cowardly Lion became “Dandy.” Despite the fact 110 episodes were cranked out in one year, the scripts were fairly bright and loaded with puns.

The terrific vocal cast featured a troupe of radio and stage performers from Toronto under the supervision of Bernard Cowan. Carl Banas (the Wizard), Alfie Scopp (Socrates), Larry D. Mann (Rusty as well as the Wicked Witch) and Paul Kligman (Dandy) shone here; the same performers helped bring Rankin/Bass’s later holiday specials, such as Rudolph the Red-nosed Reindeer and Frosty the Snowman, to life.

I just have a single, black and white episode of Tales of The Wizard of Oz, a boxing spoof titled “Boomer Rang.” Thursday, I put it on a reel with three other short kiddie shows from the ’60s: Hercules, Rocket Robin Hood and Diver Dan. The first two of these were also quickly animated (mainly in Japan) wonders, with the studios cranking out 100-plus episodes. The live action adventure Diver Dan was shot — through a fish tank — in a studio in Philadelphia. Puppet fish, most notably villain “Barron Barracuda,” dangled in and out of each episode.

I shared with Thursday’s audience a harrowing TV tale from my childhood. My memory is of watching this short daytime series which one day ended with Diver Dan in trouble; he was in the tentacles of a giant octopus. I scooted in front of the set the next morning only to see the familiar ocean waves opening replaced with a title card showing Dan’s metal diving bell helmet framed by a black border. The station announcer let us kids know that there would be no Diver Dan episode that day — Dan drowned in the arms of that octopus the day before. The series was gone the next day!

Clearly somebody at the Buffalo station where the show was syndicated was having a bad day.

Many thanks to Katherine Wolfgang and all at CBC Publicity for once again graciously hosting the event — and for all the popcorn and beverages — in their cozy eighth floor screening room.

As for future TV on Film Program shows, I’d love to track down more Saturday morning children’s shows memories so if anybody out there has any episodes of Videocraft’s other early ’60s series, The New Adventures of Pinocchio, please get in touch. Also looking for Clutch Cargo, Gumby, Thunderbirds or, my own personal Holy Grail, Pick a Letter with George Feyer.

As for those lyrics to Tales of The Wizard of Oz, sing along, kiddies: 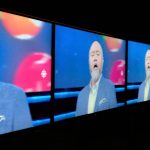 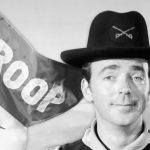