After a week off, the Aug. 9 episode of The Amazing Race Canada put that series back on top of the weekly Numeris Top-30 with over 1.6 million total viewers.

Also among the most-watched shows of the week: The CTV National News, ranking 7th overall the week before word reached most viewers that Lisa LaFlamme had been fired as the chief news anchor.

Here are the Top-10 shows of the week in terms of average-minute-audience, all viewers ages 2+:

The most-watched Canadian scripted original for the week was Global’s Departure. The Wednesday drama ranked 13th with 711,000 viewers.

CBC had two shows in the Top-30 nationally: The Great British Baking Show and the new summer drama SkyMed. They tied at No. 27 with 462,000 viewers. Race Against the Tide missed the national chart but ranked 20th for the week in Toronto-Hamilton. 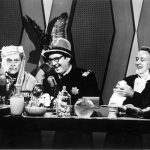 Steve Allen? This clip shows why he’s a TV Hall of Famer 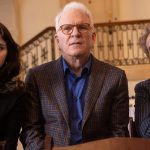