Three years ago next month, Netflix announced that they would be the destination for a documentary from director Martin Scorses about the fabled Canadian sketch comedy series SCTV. A reunion of the entire cast, including elusive Rick Moranis, was held in May of 2018 at the Elgin Theatre in Toronto. It was hosted by Jimmy Kimmel and shot for Scorsese by Insight Productions. It was a love-in worthy of a Johnny LaRue crane shot.

By the time guests, including dean of Canadian directors Norman Jewison, made their way to the Elgin’s multi-tiered after show reception areas, Scorsese was already half way to the Toronto airport.

The 78-year-old Scorsese has had 15 projects listed on IMDb since 2018, including “The Irishman,” the Netflix Fran Lebowitz series Pretend It’s a City, the music documentary, “Once Were Brothers: Robbie Robertson and the Band” and a film adaptation of “Killers of the Flower Moon” teaming Robert De Niro and Leonardo DiCaprio. In terms of future projects, there’s word that he’s working on a biographical drama about Teddy Roosevelt with Di Caprio as the Rough Rider president.

Even SCTV station owner Guy Caballero and station manager Edith Prickley would have pulled together some form of a doc by now — a special edition of The Sammy Maudlin Show at the very least. CTV was also in on the project, announced as the Canadian window to the reunion special (to be titled, “An Afternoon with SCTV”).

The subject came up Monday when I guested on my fellow Michael Power High School alumni Mike Boon’s Toronto Mike podcast. The main reason for my visit was a walk down memory lane, which for me as a child in the ’60s, went straight through the original, outdoor version of Etobicoke’s Cloverdale Mall. You can listen to that podcast (Episode eleventy billion-million and five) here.

Mike had heard that Scorsese simply lost interest in SCTV. That seems odd given how money was spent on the Toronto show and a production crew banked coverage (although it was never spelled out how much, if any, of that footage might wind up in the documentary). The project initially stemmed from party talk at Martin Short’s house, with Catherine O’Hara suggesting Scorsese, a fan of the comedy troupe, helm the project (she appeared in the director’s 1985 feature “After Hours”).

One would think last fall’s unprecidented Emmy sweep by Schitt’s Creek, including individual statues for O’Hara and Eugene Levy, would have swung the spotlight back squarely on the SCTV Netflix project.

A theory for the delay I heard was that Netflix was trying to obtain rights to the SCTV back catalogue in order to present it to subscribers at the same time as the new project. They did the same thing when they jammed their worldwide streaming service with the Monty Python TV and feature film oldies when they also premiered several documentaries on the British comedy troupe.

As Boon says on the podcast, that sounds more promising than Scorsese lost interest. Complicating matters, perhaps, is the sale of rights to the SCTV properties by Andrew Alexander, who in 2020 became embroiled in accusations of institutionalized racism as co-owner of the Toronto and Chicago Second City theaters.

The project is still listed as “SECOND CITY TELEVISION SPECIAL (WORKING TITLE)” on the Netflix.com site. 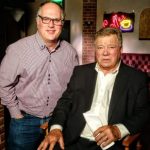 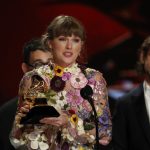