Here’s how far award show coverage has slid in terms of interest in Canada in 2021: The 63rd Annual Grammy Awards did not make the Top-10.

The CBS special, seen in Canada on Citytv, finished in 15th spot in the March 8 – 14 weekly Numeris tally, drawing a Live+7 total audience of 1,111,000 viewers on a Sunday night.

This follows the pattern of historic lows for broadcasts of The Golden Globes and The Emmys in Canada and in the United States as COVID continues to impact and shut down concert performances as well as movie cinemas.

What did make the Top-10 in English Canada? A dull, predictable list of hour-long imported procedurals. The list suggests that, back pre-COVID, at least a million-and-a-half Canadians simply left their Numeris PPM’s on the couch, pointed at the same screens. Here are the March 8 – 14 results:

Global’s Big Brother Canada continues to trend lower in it’s ninth season, ranking 16th with 1,067,000 viewers Wednesday and 26th and 29th with below a million viewers for the Monday and Thursday outings.

Despite a losing streak, the Toronto Maple Leafs pulled 1,063,000 Sunday of that week for a 17th place finish on Sportsnet National. Hockey Night in Canada’s prime time East game, again featuring The Leafs, made two spots on the Top 30 ranking: 22nd for the CBC audience (1,018,000 viewers) and 23rd counting those who watched on Sportsnet (987,000).

Top Canadian-produced scripted? Once again it was Murdoch Mysteries with 1,052,000 CBC viewers, earning a 19th place finish for all shows that week. 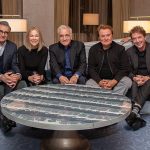 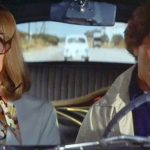