Fargo returns Sunday for a fourth season — two-and-a-half years since the premiere of Season Three.

That’s a lot of time in television. Things have changed; several major streaming services have launched since then, and one of those has already changed names.

The hold up was creator/writer/executive producer Noah Hawley, who got busy with other projects. He also directs the first two episodes of Season Four.

“I tend to say yes to things,” Hawley told critics last month during FX’s virtual TCA press tour session. “It always ends up that the two things have to happen simultaneously.”

He reinvented Fargo by placing Season Four of the anthology series in the middle of a racial gang war in Kansas City in the ’50s. The season was actually shot in Chicago, not Calgary as had been the case on previous seasons. All of these places are hundreds of miles away from, well, Fargo, but why nit [ick. It’s not the location, it’s the sensibility.

Chris Rock plays the head of an African American crime syndicate who goes to war with the Italian mafia, whose members include Jason Schwartzman’s character. The

Rock says he was “happy to be offered a decent part that was well-rounded.” He thanked executive producer Warren Littlefield for the offer, saying the two had tried to team on other projects in the past.

“It was actually great to play somebody, like, my age too,” he continued. The ex-Saturday Night Live star says he “really got famous at 35 or whatever, 37, and everything that’s offered to me, it’s like I’m kind of like a man-boy. So, it was great to actually play a grown-ass man. So thank you. Thank you, Noah. Thank you, Warren.”

It is a bit surprising to realize that Rock is now 55.

Hawley said he had no problem convincing Jason Schwartzman to join Fargo. The executive producer says he once tried to lure the actor over to the Fargo side over lunch, “and halfway through the meal, I realized you were trying to talk me into letting you be in Fargo.”

Schwartzman admitted it was his favourite show. “It is such a unique situation to love something that exists, and then you get to become a part of it. It’s like if you love a band, and then, all of a sudden, they say, ‘Would you like to come play on the next record?’ …to say it was ‘a dream come true’ would be an understatement.”

The cast and crew were able to complete nine of 11 episodes before COVID-19 concerns back in March shut down the Chicago production. That forced a hiatus of several months before everyone re-assembled, worked through what Hawley and Littlefield called strict safety protocols and complete work on the final two episodes. Production just wrapped earlier this week.

Rock, for one, was fine with the break.

“It was definitely frustrating to stop when we stopped, because you feel like you’re on a roll,” he began. “But honestly? The break allowed me … to, like, recharge my battery. And I saw a couple of the episodes. It was like, oh, okay. Let me work on my game.”

He illustrated his point with an NBA delayed playoff analogy, using the Miami Heat as an example: “They had a break and now they’re better than everybody even though they weren’t before. Like, the break helped them more than everybody else. So, the break helped me, honestly. I’m very–you know, I don’t want the world to have COVID, but I think my last two [episodes] are my best.”

The comedian was asked if he thought Fargo was funny. Like a Scorsese movie, he answered.

“I would list ‘Goodfellas’ as one of the funniest movies I’ve ever seen. I know that’s weird, but a lot of comedians feel the same.”

Rock’s theory is that “comedy is earned. It’s not a thing where someone’s trying to be funny. It’s just life’s funny, you know, if you stick with it long enough.”

The new season is big on drama, of course, as well, including an emphasis on the issue of the year: Black Lives Matter. Hawley and company shot most of the season before the issue exploded with the muder of George Floyd. Then, with COVID, the production shut down and didn’t resume until issues of race in America exploded to the forefront.

Hawley welcomed the opportunity to come at it both before and after.

“A long overdue conversation is taking place, and this show would have been on point at any point when it was released, because this conversation has been going on through all our history,” he told critics. “It just so happens that the conversation is at the forefront right now and, you know, what I wanted to explore thematically with this season, which is what it means to be an American and what it means to be on the outside of that experience and who gets to get inside of that experience. I mean, it’s never been more relevant.”

Rock says he’s encouraged by the current conversation. As for Fargo being both ahead of, and one with that conversation, well, Rock’s not surprised.

Said Hawley, “I want that on my tombstone.” 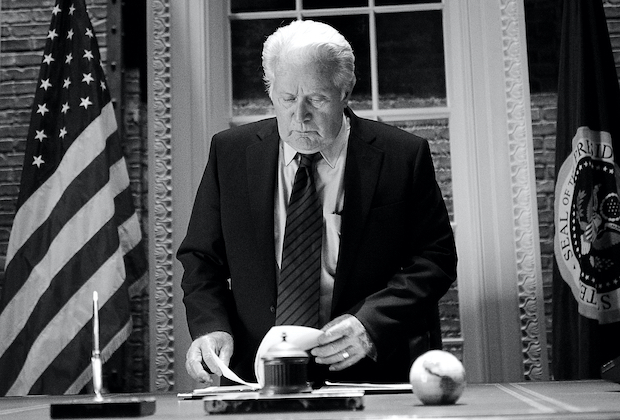