“I’m just sick that it’s also the night of the presidential debate,” says Ron MacLean, back as host of Battle of the Blades (a job he’ll share this time with singer-actress Keshia Chante). “I don’t know how you don’t watch that circus. It’s become the ultimate TV reality show.”

MacLean will have much more to say about Blades and the NHL season just ended in the podcast we just recorded; our chat will premiere next Thursday on Soundcloud and other podcast platforms.

Blades was supposed to premiere last week. A positive COVID-19 test among one individual, however, forced Insight Productions to shut down the set for a 14 day quarantine, pushing the start back one week. CBC will bow the series tonight with back-to-back episodes starting at 8 p.m. ET/PT.

MacLean, in fact, had to push pause on our podcast recording when a technician arrived at his house to test him for COVID. He has been tested each day of production on Battle of the Blades. He had no idea which skater (or choreographer) tested positive as everyone on the series has been segregated in smaller “bubble” groups during production.

“We’re doing everything to make sure everyone is safe,” says MacLean.

The series is being produced this season at a rink in Brampton. There will be no live audience; MacLean says 25 massive monitors have been set up around the rink. They’ll bring images of family members and even some fans who have applied to be seen on screens watching the show.

There are eight couples competing this season on Battle of the Blades. There are fewer NHLers, although two former Chicago Blackhawks with Stanley Cup rings, Kris Versteeg and Bryan Bickell, are among the participants, as are three female hockey players and three male figure skaters.

At stake besides bragging rights is $100,000 the winning pair will donate to the charity of their choice. The sixth season begins tonight at 8 p.m. (8:30 NT) on CBC and CBC Gem. 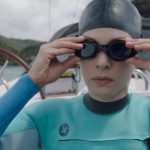 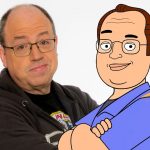