I watched the first three episodes of Star Trek: Picard for this review and I have to report: it was a chore.

Remember that first “Star Trek” movie? Way, way back with Kirk and Spock circling the Enterprise for, like, half an hour of forced awe? The early arc of this series, I’m sad to report, gave me the same feeling.

The first episodes are over-talky, meandering and confusing; lurching from Earl Grey Tea shout outs aimed at dedicated fans to violent ninja fight scenes from some other movie. It seems like a can’t miss idea – bring back the (2nd?) greatest skipper in Star Trek history for one last heroic mission – but a veteran crew of genre writer-producers seem lost and or uninspired on this tedious trek.

Let’s get this out of the way first: Patrick Stewart doesn’t seem, well, engaged. I loved him in that hilariously profane Starz series from a few years back created by Seth MacFarlane: Blunt Talk. He was so energized as a vulgar narcissist, a 180-flip from noble Picard.

In this new Star Trek series, we find now Admiral Picard retired on a vineyard. He’s either picking grapes and flowers or sitting by a stone-covered hearth. Picard’s been out of it for 20 years, decommissioned after a near wipeout of a species Star Fleet was protecting and sequestered for his own protection with a vigilant, middle-aged couple. Are they Romulans? Vulcans? Did they, as their clothes indicate, wander in from Outlander?

Picard has been mourning his pal Data (Brent Spiner) ever since the loyal and brilliant android’s yellow eyes were dimmed. Out of nowhere a young woman named Dahj (Isa Briones), shows up seeking Picard’s protection. Is she (gasp) Data’s daughter? Is she an android? (Both guessed at within seconds by my seasoned ST:TNG viewing companion). Despite her chop-socky super moves, Dahj fails to dodge all her attackers and eventually disintegrates before Picard’s eyes.

Don’t worry though – she has a twin! What is this, The Young and the Restless?

Weary but still principled Picard is determined to honour his old friend and avenge his death. He’s determined to get a ship and boldly go out on a new mission. There are a couple of serious impediments: his MD (David Paymer) delivers a serious caution. Picard waves that one off. Getting re-instated with the Federation seems even more insurmountable given the rude treatment he gets back at headquarters (located somewhere near the Golden Gate bridge). Even entering the building is an obstacle: Picard has to spell his name for the kid on the front desk. Its as if Stewart was greeted by a Millennial at one of those Hollywood autograph shows.

Also in the way is what seems like an hour of boring exposition. Remember all that Klingon chatter in Season One of Discovery? Like that only in English.

There’s talk of an army of Bogeymen. We are told that just learning their secrets can break a person’s mind. Cut to plenty of CGI panning and dicing through grids. It’s like duct cleaning for the universe. There’s even a little Romulan/android lovemaking. Now we’re getting somewhere!

Eventually, Picard will get a ship, and he will assemble a crew. On it will be a mix of old and new faces (Toronto-born Allison Pill is among the new). And, yes, Picard will eventually say, “Engage.”

This takes all of three episodes.

In an age where shows are designed to be binged and consumed as a continuous chain of cliffhangers, there are no OMG moments linking episodes One to Two or Two to Three. It is as if the writers are locked in some parallel universe where streaming services – such as CBS All Access – do not exist.

That’s strange, given how effective Star Trek: Discovery was last season in keeping viewers glued to their seats. It’s possible Star Trek: Picard really takes off with Episode 4, in much the same way that AppleTV+’s The Morning Show took three less-than-stellar episodes to find its feet. Fans will follow Picard and Stewart anywhere, and a second season has already been ordered. In today’s crowded TV universe, however, it takes more than saying “engage!” to engage, and keep, an audience. RATING: **1/2 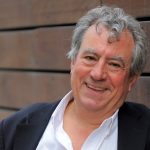 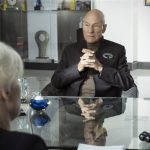