Frank Gifford was asked recently about the current state of the TV broadcast booth. Gifford, one-third of the most famous trio of Monday Night Football announcers (the others being Howard Cosell and Don Meredith), said he wasn’t too impressed. All that boosterism bugged him, he said. Announcers shouldn’t be trying to convince you that the game was amazing if it wasn’t. “One thing we didn’t do, we never hyped a game,” he told USA Today columnist Michael Hiestand. “Howard would rip it, Don might go to sleep. Now, they have to try to turn it into an exciting event. One problem now is producers trying to make things better than they really are.” The news of the passing of Meredith Sunday at 72 drives home how much time has passed and how things have changed. “Dandy Don,” as he was called by Cosell, retired from the MNF booth in 1984–26 years ago. There was no high definition, no 3-D to these games. The special effects were in the chemistry between the three men in the booth.
Former Dallas Cowboys quarterback Meredith brought an easy going, cheeky charm to his role as a former player-analyst. He was also the perfect foil for Cosell, often taking the Micky out of the erudite broadcaster.
His “Playboy After Dark” swagger showed up in one memorable quip during a Denver Broncos game, when Meredith said he was already “a mile high.” His crack about a Cleveland Browns player with the unusual name Fair Hooker (‘Fair Hooker…well, I haven’t met one yet!’)`was one for the ages.
NFL broadcasters have tried to duplicate Meredith`s regular guy appeal for decades by adding good-ol`-boys to the booth, but there was something special and unique about the way he played off Cosell. 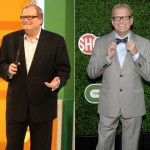 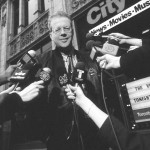