Like a lot of Boomers, I’m saddened to hear of the passing of Davy Jones Wednesday in Florida. The former Monkee apparently died of a heart attack at 66. He belted out “Daydream Believer” one last time at a concert in New York City less than two weeks ago.
Jones was at the July/Aug. TCA press tour to promote a music special on PBS and appeared vital and energetic, if a little wound up.
I followed him after the session to try and pry loose his memories of one of the most ironic little footnotes in television history: Jones appearance on the stage of the Ed Sullivan Theater on the very same Sunday in February, 1964–48 years ago this extended month–that The Beatles conquered America.
Jones, a future member of the Pre-Fab Four, was part of the original London cast of Oliver!, then wowing Broadway.
He wasn’t much help when asked about the Sullivan show. He did not have an opportunity to meet or talk to any of The Beatles during that historic night, but got to know Ringo Starr and John Lennon later. “Ringo and I did a commercial together in Canada back in the ’90s,” he recalled. So they did:

Another time, he recalled, Ringo had a deal to sing on a commercial in Japan. “He didn’t want to do it so I went and did it for him,” said Jones. He met Lennon a few times when the ex-Beatle would drop in on Mickey Dolenz in Los Angeles.
I asked Jones if he regretted turning down the chance to record Sugar Sugar, a monster hit for another fake band–The Archies–in 1968. The Monkees were rebelling against their bubble gum image at the time.  “Yeah, I wish I had done Knock Three Times too,” he said. That song, penned by L. Russell Brown and Irwin Levine, was a big hit for Tony Orlando and Dawn in 1970. “They were giving these hits out to whoever was the flavour of the month at the time, and we were the flavour of the month.”
Jones bristled when asked if missing Monkee Mike Nesmith might be coaxed on stage to join the other three in some future concert reunion. “Never happen,” he said. “There’s no place on stage for Mike Nesmith anymore. He doesn’t want to be in the group so why push the point?”
Aside from that, Jones was in great spirits that day last summer. “I feel better, I’m singing better, I’m feeling better about my life,” he said. A former jockey, he told reporters that he owned six thoroughbreds and still rode the track at the home he bought in Pennsylvania in the ’80s. “I’m an unknown phenomenon there and that is what I like to be.” To think there might have been a role for him to play on HBO’s Luck.
He was proud of his stage work as Fagin in a revival of Oliver! and singled out Cabaret and Stop The World as stage challenges he’d someday like to tackle.
He seemed at peace with whatever happened, however. “I’m a 65 year old man,” he said last summer. “I can’t be doing Barnum, balancing up on a high wire. I don’t have to prove anything anymore.”
Jones is survived by his third wife Jessica and four daughters. 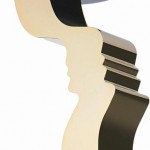 Smash and The Geminis: two critics weigh in 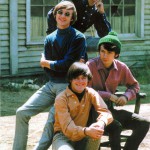