When Survivor returns Wednesday night at 8 p.m., John Cochran will be watching. Not just because he won the last edition of the long-running reality series, but because he’s now a member of the CBS family.
Immediately following his million-dollar win, the law grad landed a job as a writer on one of CBS’ new fall comedies, Will Arnett’s The Millers (starting Oct. 2).
“Isn’t that bizarre?” he agreed when I tag teamed him with TV Guide Canada’s Amber Dowling at last summer’s CBS press tour party in Beverly Hills.
Cochran explained that, on the Survivor reunion show, host Jeff Probst asked him if he really wanted to be a lawyer. Cochran was graduating from Harvard law school in a matter of weeks.
“He knew I didn’t want to be a lawyer,” says the 26-year-old Washington native. “I’d rather be a writer if somebody asked me.”
The next day, he got a call from Probst telling him Greg Garcia (Raising Hope) was a Survivor and specifically a Cochran fan and wanted to get in touch. The two met and Cochran was hired to write on Garcia’s new CBS comedy, The Millers.
That series is about two generations of Millers–Arnett’s newsman character and his parents–splitting up and getting back into the dating scene. The nerdy Cochran admits he may not be the best source for dating material. “I can do stories about lack of dating.”

A Survivor super fan before he took the top spot on his second try, Cochran says he’s invested his winnings. The windfall is also helping to pay his L.A. rent. “I want to buy a Segway–that’s my go-to answer,” he says, “but they’re like two thousand bucks. That’s still too expensive.”
As for this latest edition of Survivor, Cochran is pumped about the new “Blood vs. Water” format. The game will feature former castaways playing with and against their loved ones. Early winner Tina Wesson is back, playing with her daughter Kate. Survivor favourite Rupert Boneham is also back, with his wife Laura in on the action.
“I think it will be really fascinating,” says Cochran. “What if you go to the next challenge and only then find out then that your loved one was voted out on the other tribe? It has the potential to really change the game.”
The 90-minute premiere of Survivor: Blood Vs. Water begins Wednesday night at 8 p.m. on CBS and Global. 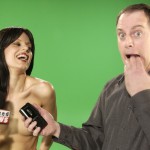 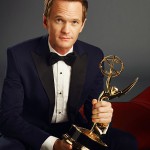 My Breakfast take on The 65th Emmy Awards 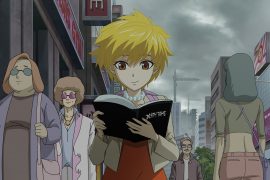 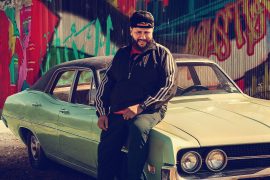