PASADENA, Calif.–Today’s FX Networks TCA press tour sessions flew by as usual. It was packed with great sessions from FX president John Landgraf, Man Seeking Woman star Jay Baruchel, Denis Leary, Billy Crystal, Danny DeVito, Louis CK, Matthew Rhys, Keri Russell, Timothy Oliphant and Graham Yost. There was also the giant distraction of an NFL playoff game. FX PR boss John Solberg relented and showed the last two minutes of regulation on the giant conference room screens until Green Bay sent it into overtime. Then he couldn’t justify bumping back any further the scheduled session on Justified. When Seattle’s win filtered back into the main room, Justified showrunner Yost cracked that that’s how he plans to close out his drama, entering its 6th and final season. Said Yost, “We’re going to be horrible until the final four minutes.”

All of which distracts from an FX-worthy drama premiering Monday night in Canada on Bravo: the second season premiere of 19-2. It is a scary, unsettling, riveting hour screened last November at the Canadian International Television Festival in Toronto. It takes viewers into the middle of a bloody school shooting. The opening, 13-minute scene, shot in one continuous take, is a tour-de-force.

Monday night’s opener is an almost exact do-over from the original, french language version of 19-2. The director of the french version, “Podz,” returned to direct this episode. Smart move considering how complex and technically challenging it was to shoot. It took a full week just to mike the school building used in the episode.

Adrian Holmes and Jared Keeso star as the police squad car mates at the centre of 19-2. One point where the french and english versions depart is the ending. Keeso teared up during a key scene near the end, causing Podz to go back and shoot a coda around that emotional high point. Keeso and the series should take the Canadian Screen Awards home now.

If you miss 19-2 Monday on Bravo, CTV plans to rebroadcast the episode without commercial interruption Tuesday night at 10 p.m. Prepare to be shaken, saddened and shocked–and ultimately moved by as fine an hour of television as you’ll find anywhere.

For more on 19-2 and this particular episode, follow this link to the feature I wrote this week for The Canadian Press. 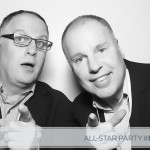 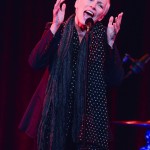