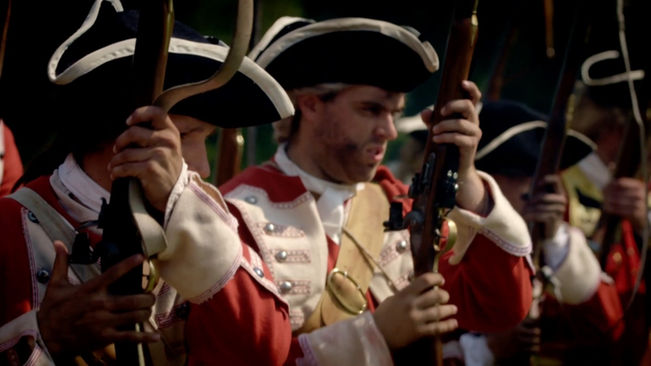 Last July, I was on a beach in Hamilton, Ontario, when I ran into Champlain. And World War II soldiers. And Vietnamese refugees.

It was during location shooting on Canada: The Story of Us. The 10-hour event series begins Sunday night at 9 p.m. ET/PT on CBC.

CBC almost made history of another sort Sunday; worst scheduling move ever. They launched their new Anne of Green Gables saga last week, then were going to rest it for a week to make room for a two hour launch of Canada: The Story of Us, then bring Anne back a week after that. What network launches a show, shelves it, and then brings it back again — on purpose?

Anne’s opening overnight tally of 815,000 caused the big re-think. Not horrible, but clearly not what CBC expected given the lavish ad blitz.

It’s tricky times for broadcasters who have to follow a linear schedule, especially on Sunday nights. Sunday used to be the big broadcast battle ground. Now it is a digital no man’s land. To put it in Story of Us terms, think of broadcasters as Montcalm, stuck behind a walled-fortress. Netflix and Amazon and everything you’ve saved to watch Sunday on your PVR is like Wolfe, sneaking up on the broadcasters in the night, scaling steep cliffs and killing you dead.

Just a suggestion, but CBC or some Canadian broadcaster might want to fight fire with fire. Drop the whole damn event series in one week. Get viewers hooked Netflix-style and they’ll lock in for days. Call it binge broadcasting.

It worked for Roots and other miniseries way back in the ’70s. CBC had a seat all warm and comfy for Anne on Monday nights with their No. 1 series, Murdoch Mysteries, going out in a blaze of cliffhangers in last week’s season finale. Keep 1.5 million viewers happy by launching another drama set around the same period — Anne — the very next Monday in Murdoch‘s slot. Open up a schedule already softened by reruns and program Anne over consecutive nights, one or two hours at a time, Monday to Friday. Then, with everyone all warmed up, cap it all off the following Sunday night.

When that’s done, do it again with Canada: The Story of Us, a very entertaining history lesson livened with re-enactments, CGI-graphics and many, many celebrity talking heads. When I first heard about this Canada 150 flag-waver I had my doubts. Too ambitious, I thought, without Ken Burns behind the storytelling.

Former CBC factual entertainment chief Julie Bristow, however, has teamed with sharp format holders from The UK who have produced similar history lessons for Britain, The U.S. and Australia. Backed by noted historians, the Canadian venture looked at 150 stories of historical significance, zeroing in on individuals who played a direct role in shaping Canada. Fifty stories made the cut over the 10 hour series.

Some are pretty obvious: Laura Secord, the opening of Hudson’s Bay to the fur trade, Rocket Richard and the “Richard Riots.” Others are less celebrated, with attention shifted to stories about Canadian women as well as the estimated million indigenous people who were here long before the place got colonized up the wazoo.

I wondered about the use of celebrity taking heads weighing in between re-enactments, but it actually works pretty well. Having mixed martial arts star Georges St. Pierre explain the Battle of the Plains of Abraham (“What you don’t see coming, that’s what knocks you out”) is smart storytelling that will reach beyond the usual history buffs.

Read more about Canada: The Story of Us here at this feature I wrote for The Canadian Press. 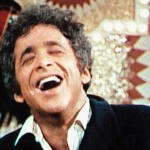 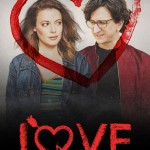