On Friday, with precious little fanfare, Darryl Dahmer filed his final traffic report from high over Toronto. It marked the end of a 45-year radio broadcasting career as an airborne traffic reporter.

When I spoke with him five years ago for The Toronto Star, Dahmer called it “the best job in the world.” Commuters in the GTA will miss his eyes in the air but especially his familiar voice, heard helping people to and from work on 680 News and The Fan 590.

That 2013 interview was pitched by a publicist as a chance to ride with Dahmer in his Cessna Skymaster. The trim pilot quickly shot that idea down, however, suggesting I would be too much ballast. Besides, as he pointed out while he led me through an inspection of his plane on the ground at Toronto’s Buttonville airport, the passenger seat was very much filled with laptops and various bits of broadcast studio paraphernalia.

I was happy just to interview him face-to-face. Dahmer spoke almost daily with the likes of Erin Davis and Bob McCowan and while they bantered for years like friends and neighbours his radio show hosts seldom, if ever, saw him. On his last day, Toronto’s Breakfast Television tried to salute him, but Dahmer does not appear on the segment except in one or two photos of the back of his head. The man makes another pilot, Howard Hughes, look like a fame-seeking publicity whore.

I first heard Dahmer doing traffic on CFTR back in the ’70s, where he would file reports with DJs and wow listeners playing “Stump the Chump.” He had a prior career way back working sound effects for legendary CBC radio comedian Max Ferguson as well as cueing records on turntables at other stations. Dahmer never forgot those first few notes to early rock hits from the ’60s and ’70s, an edge he used to good advantage in coming up with song titles on “Stump the Chump.”

He may have been 70 when I spoke with him in 2013 but — despite a few attempts — he would not admit his age. His jokes, however, gave him away — they were even older than my jokes! His bio remains Twitter-sparse at 25 words.

Imagine, though, having that birds eye view of Toronto traffic for nearly half a century. The city had outgrown its major highway infrastructure, designed in the ’50s, before he ever took off. Today it is hellish on good days, a nightmare on bad, way, way worse than anything I’ve ever experienced in Los Angeles. Dahmer leaves us to Waze and Google map apps, which is what you are presented with if you go now to the 680 News traffic page.

Dahmer told me that he feels driver education could go a long way towards clearing up the mess. He also gave me the best tip ever as far as trying to drive from Brampton to, say, Yorkville or anywhere around Yonge and Bloor. Never, ever, take the Spadina or Yonge/Bay/York exits off the Gardiner. Do not go up University.

“You can’t drive from the Lake Shore to Bloor St. without getting 13 out of 14 red lights,” he said. “Everybody turns left onto Wellington off Yonge.”

Instead, take the Don Valley Parkway north to the Bayview extension, then to Rosedale Valley Rd. and then all the way over to Bay St. “There’s one traffic light, at Elmer and Yonge,” he told me. I’ve tried it ever since and boy was he right.

Read more of that conversation, including why he likes the 407 and his views on the Gardiner here at this link to that Toronto Star article. And thanks, Darryl, for all those years guiding us to and from work. 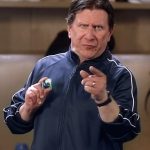 THE FRIDAY FILE: The Conners hit The Wall 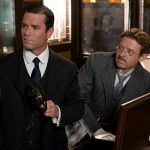