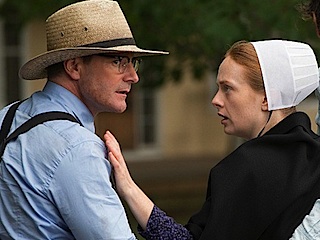 Pure fans, your prayers have been answered. Super Channel has resurrected thee Mennonite mob drama for a second season. The series seemed deader than a Roseanne revival after CBC walked away after six episodes. That was a blow to the Halifax production community, coming on the heels of other series shut downs in the wake of