Lost without Brian Williams to tell you the time? Curled up in a fetal position humming that “I Believe” ditty?
There is life after The Games. A whole buncha new shows are comin’ atcha this week. Here’s one that’s a new-old show–The Tonight Show with Jay Leno. You might have heard something about NBC moving Leno back to 11:35. It starts tonight (also on A Channel), and Leno has packed his return with plenty of Olympic oomph.
Tonight he welcomes Jamie Foxx and Lindsey Vonn. Tues., Sarah Palin, Shaun White and Adam Lambert. Avril Lavigne guests Wed. along with Chelsea Handler and Apolo Anton Ohno. Brett Favre, Matthew McConaughey, Jason Reitman (Thurs.) and Olympic spokesperson Morgan Freeman (Fri.) finish the week. Simon Cowell is booked for next Monday.
David Letterman is not taking the week off. Scheduled guests include Bill Murray and Ludacris (tonight), Palin’s Republican rival Mitt Romney (Tues.), Jerry Seinfeld and Tom Brokaw (Wed.), Tom Hanks (Thurs.) and Matt Damon, Scottish comedian Danny Bhoy and Corinne Bailey Rae (Fri.).
Look for Leno to roar back tonight and most of this week in the ratings. I expect that when things settle, however, he’ll have lost 20% of the audience he enjoyed a year ago when he regularly beat Letterman at 11:35. I’m quoted saying this and more in a MSNBC article up today here. Leno is damaged goods, that 16-year unbeaten streak in late night snapped thanks to NBC’s desperate 10 p.m. gamble. Now he’s just another guy who got cancelled. Even his band leader, Kevin Eubanks, will be moving on to another gig shortly.
Underestimating Leno, as Bill Carter always reminds me, is a big mistake. He is the ever ready bunny of showbiz, and many viewers still see him as the go-to guy at 11:35, telling those 30 jokes goofing on the day’s headlines.
Still, an attempt to do damage control on Oprah a month ago seemed to backfire. And you never really get back 20% of the people you had after a big bump like this.

A ton of viewers may not have migrated to Letterman, but during Conan O’Brien’s seven month tenure, many Tonight Show viewers drifted and got in the habit of watching something they had PVR’d or something else. They may all come back for Jay this week, but there will be other weeks when they do not.
Tuesday evening at 5:30, I’ll be on with Mark Hebscher and Donna Skelly on CH’s Live @ 5:30 where we’ll do a little Jaywatching.

The Tonight Show with Jay LenoUncategorized 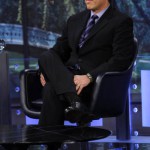 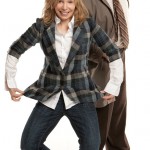