Want to see what $28.5 million will buy in New York City? Check out Selling New York, a high end new real estate reality series launching Wednesday at 9 p.m. on HGTV Canada. Backed by Toronto-based JV Productions, the series allows viewers inside some of Manhattan’s most pricey penthouses. Read more about the series in this article I wrote for The Canadian Press appearing Tuesday in The Toronto Star.
I’ve posted about the Kleiers, one half of the real estate teams featured in the series, previously at TVFMF. The CP article also mentions the folks at CORE, a slick, storefront real estate boutique founded by Shaun Osher. The South African born entrepreneur arrived in the Village in his twenties, tending bar and playing jazz and living the Manhattan fantasy life. Now he’s showcasing dream homes in the sky. The include a Beaux Arts masterpiece on Fifth Avenue, located in the Ladies’ Mile historical district. The 3200 sq. ft. penthouse features a 30-foot cupola dome, one of only five such residential domes in all of Manhattan, according to Osher. The dome has been converted to a circular master bedroom. It is crazy cool, a nice place for Spider-Man, say, to live. He could sling up to mid-town in seconds.

Osher and his associate, Oakville, Ont.,-native Maggie Kent, also gave me a tour of a $12.9 million penthouse smack in the middle of Little Italy. The Thompson Street pad had everything, a massive, rooftop garden, five bedrooms, a giant great room (57′ x 52′) and private elevator and was stuffed with spectacular art. Both Obama and Clinton had enjoyed the view from there, said Osher. The staircase to the rooftop deck was designed by the same people who redid the Louvre. Zut alors!Check it out on Selling New York, and get your bids in today.
Selling New York HGTVUncategorized 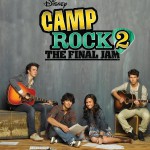 My late night camp out with the Jonas Brothers at Camp Rock 2: The Final Jam