You knew it was coming. Roger Ebert’s message earlier this week that he was “taking a leave of presence” seemed almost too upbeat, a bit like when former Tonight Show producer Peter Lassally started telling reporters Johnny Carson was fine a week before the King of Late Night died. Ebert’s final column, posted Tuesday, was a message from an old newspaper man: start with the obits.
In it, he buried the lead–his cancer had returned. The long list of projects to come–enough to kill a healthy, much younger critic–and the sweet notion that, by cutting back, he could now just review films he liked, sounded good, but everyone knew there was no quit in Ebert. He wrote his own obituary and made sure it was all thumbs up.
The Pulitzer Prize-winning Chicago Sun-Times columnist died Thursday at age 70.
I got to interview him a few times several years ago, me at TV Guide Canada, Ebert as co-host of the long-running movie review series At the Movies. Movie reviews are now just a click away but, 30 years ago, you had to stay up until midnight in Toronto to see Ebert and Chicago Tribune columnist Gene Siskel give thumbs up  or down on current releases on their syndicated review show. The clips were fine, but it was the sparks that flew when the two newspaper rivals reviewed each other that made the series must see.
Interviewing them was finding out that that animosity was real, although clearly both men understood that together they were doing quite well by television.
I was called upon to get their takes for TV Guide’s annual Oscar issue. Usually this was over the phone but once or twice I spoke with them in person. Ebert especially visited Toronto often, a fixture with wife Chaz at the Toronto International Film Festival. Not long before cancer and surgery robbed him of his speaking voice, he hosted a memorable festival tribute to Toronto/Hamilton film maven Brian Lineham.
In person or on the phone, Siskel and Ebert always insisted on being interviewed separately. Once you got to them, every word was gold. They were both incredibly generous to this writer. I remember Siskel grabbing my tape recorder and stating clearly into the mike that my bosses should buy me a satellite dish. He was horrified I didn’t have one at the time.
Ebert told me something I never forgot. I asked him if he ever felt he might be too old to be reviewing films, especially the many directed at teen audiences. Ebert was in his early fifties at the time, a few years younger than me now.

“I don’t want to be relevant,” he said. “I want to only be relevant to myself.”

“When I was growing up,” he continued, “I didn’t read Dwight Macdonald in Esquire because he was like me, I read it because I wanted to be like him. It was really Dwight Macdonald who was the first serious film critic that I was exposed to and I read his column monthly in Esquire in the ’50s. Religiously.
“I think there’s altogether too much catering to age groups and demographic groups on television. I know that a lot of our viewers are teenagers. And they are interested in whatever it is we have to say, I guess.”
At the time of this interview, in September of 1995, Siskel & Ebert, as it was eventually called, had been on the air for 20 years. It began on a Chicago station and then as a once-a-month offering on PBS, where, according to Ebert, the two newspaper men pocketed $325 per show. When the series later went to syndication, it made them both millionaires.

Could you see doing the show another 20 years, I asked.
“Let’s see–I’d be over 70 by them,” he replied. “I can see being a print journalist indefinitely, but television syndication is a very risky business and it’s getting riskier.” Ebert mentioned how syndicated shows were being stripped six days a week instead of five, gobbling up the extra hours on the weekends. “And then you also have the infomercial, where a station actually sells a half hour of its time to some hair restorer or fat free cooking pot.”
Ebert appeared on the show another 11 years, but various surgeries in his fight against thyroid cancer forced him to suspend his on-air appearances in 2006. The series sputtered on with Richard Roeper and various guest hosts until it was cancelled in 2010. Siskel died in 1999.
Both men were quick to embrace the Internet and Ebert went on to be one of its stars. His web site won several awards. Comments would number in the hundreds and Ebert was famous for weighing in. He was also prolific and fearless on Twitter, where he had 827,000 followers. His experiences in television probably helped shape his fierce individualism, but one suspects it was always there.
His most impressive legacy may be that, for a man who completely lost his speaking voice, no one ever spoke louder. He knew a lot about voices, as he told me back in ’95.
“A producer once told me that, in newspaper writing, you try to keep out the cliches, and in television writing, you try to put them in–because a cliche can be heard. And this whole concept of whether something will hear, was interesting to me.”
Ebert was heard alright, and will inspire others–film lovers and students, writers and especially cancer survivors–for years to come. He leaves a staggering legacy in print, film, television and the Internet.
Although I only met him a few times, he left a big impression on me. I once asked him how he got it all done–all the books, newspaper columns, TV reviews. This was years before he also wrote all those blog posts–while he battled cancer.
Ebert simply repeated some advice that was once given to him: “The fastest way to finish a story is to start it.”
And, with that, the balcony is closed. 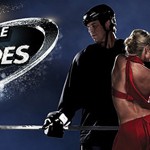 Conan and Chelsea bare all in shower scene 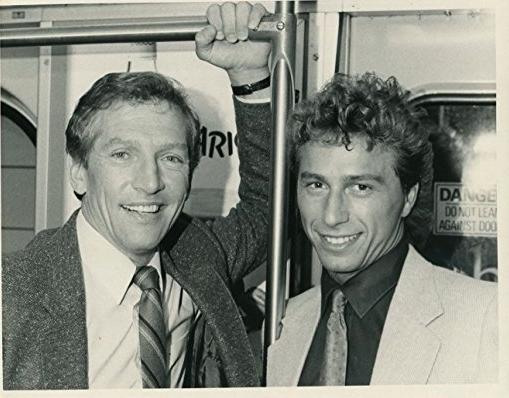