Got the heads up a few weeks ago that CBC was going to make good on their promise to bring back Battle of the Blades. CBC made it official Wednesday, announcing 21 returning daytime and prime time shows will be part of their 2013-14 schedule.
Blades is back after a one-year hiatus but will return in a new once-a-week format, with eliminations happening at the end of each show. This may not be a bad thing. The Monday results shows shed more than half the Sunday viewers in the third season, and all reality results shows are painful wastes of time until the last two minutes anyways, Canadians tune in to see the skating competition and crunching it all into one weekly package should work. Casting, of course, is everything, so hopefully some interesting ex-NHLers will step up. Insight Productions has had to move this show to three different locations in three seasons so fingers crossed the MasterCard Centre at the foot of Kipling–the Leafs’ workout ice–will be available once again.

Extending the seasons of Murdoch Mysteries (to 18 episodes) and Republic of Doyle (16) makes sense. Murdoch has become the public broadcasters sneaky success story, averaging over a million a week Mondays, more than doubling its City viewing levels. Six years into its run, the historical whodunit may go down as the most successful network pick up ever. Doyle, with three extra episodes heading into a fifth season, would benefit from some fall exposure or at least a winter run without any of the preemption’s it faced this March.
The return of Blades hopefully also means Doyle will be moved out of the killer Sunday slot it found itself in this season. The Newfoundland-based cop drama kept getting pummeled by Oscars, Super Bowls and Grammy Awards telecasts and even got bumped for the Screenies. Details about CBC’s 2013-14 schedule won’t be available until the upfronts in May.
Kudos to the network for finding money for more episodes in the second year of a punishing three year budget slash. Ordering more episodes per year of both Marketplace and 22 Minutes boosted both those long-running CBC series. That strategy of sneaking on in January and doing OK for eight weeks worked better before The Walking Dead, Netflix and PVRs started changing the game in the winter months. CBC had to find ways to extend its season to compete in months not ending in “ary.”
Good also to see the public broadcaster stick with Mr. D into a third season despite a dip in the ratings. The Halifax-based comedy weathered a move to Wednesday nights as did The Ron James Show. Both had solid years creatively and deserved to stick around.
The biggest surprise may be the renewal of Cracked, an under-the-radar drama that flirted around the half-million mark in viewers all season. There are whispers of creative changes ahead.
CBC also ordered another Air Farce New Year’s Eve comedy special, a no-brainer given the last outing outperformed the year before at more than 1.2 million viewers. 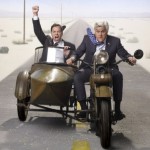 Leno will depart The Tonight Show in February 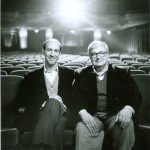