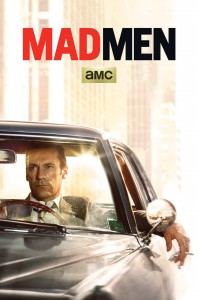 Peggy Lee’s haunting “Is That All There Is?” plays a big part in Sunday night’s Seventh and final season opener of Mad Men (10 p.m., AMC).

I remember first hearing the song back when I was in Grade school. It came out in November of 1969 and times in nicely as Mad Men closes out its look at the tumultuous sixties.

[SPOILER ALERT: a note with the screener asked reporters not to blab what year these final episodes are set but, WTF, we knew it wasn’t going to leap ahead to 2001.]

“Is That All There Is” is a song that never leaves you except it leaves you unsettled. The spoken verse is all about disillusionment and loss. Is that all there is to a fire, the circus or love, it asks.

When we last saw Don Draper and company, everything was on the upswing. The ad agency had been gobbled up by powerful McCann Erickson, rescuing Draper and making he and his partners rich. Don was handed an even more valuable gift from departing senior partner Bert Cooper, a beautiful piece of advice: the best things in life are free.

I’ve watched the season opener twice and then I read John Doyle’s take on it in Friday’s Globe and Mail. I agree with every word John wrote. Read Doyle’s analysis here.

Creator Matthew Weiner, who, as usual, has written the season opener, seems determined to pound home the grim lesson that people don’t really ever change. That flies in the face of most conventional TV dramas. The main character usually finds some sort of redemption by the end of a series. Even Tony Soprano seemed happy and content in a family moment frozen in time. Walter White set himself and almost everyone around him free. Draper stays draped and almost out of options as this magnificent series nears its conclusion.

So is that all there is to Don Draper? He gets six more chances after Sunday and that’s it.

Hamm, Weiner and the other Mad Men stars were at the TCA press tour in January for a final, emotional press conference. I fashioned a story from that for the cover of the current issue of FYI magazine, you can find it on-line here.

I also wrote a piece for Saturday’s Toronto Star looking at the mainly forgotten story of how Mad Men was scooped by CTV in its second season and then quietly dropped a year later. You can find that story here. 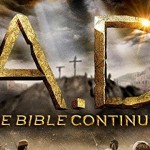 Burnett & Downey spread the word on A.D. The Bible Continues 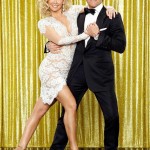