The latest in the current wave of “female gaze” offerings, GLOW body slams its way onto Netflix June 23. All ten episodes are currently available for streaming.

Set in the early ’80s, the series is based on the actual “Gorgeous Ladies of Wrestling” TV series that was a thing back in the mid-’80s when Hulk Hogan was telling little Hulksters to “say your prayers, eat your vitamins.”

The show opens with a close up of Ruth emoting through a dramatic reading in an audition room. Told it’s the man’s part she just read, she corrects herself and performs the one subservient line assigned to the receptionist.

It’s a short scene, but it neatly sets the tone. Woman’s time had come to step into the ring and kick some ass.

Ruth accepts a casting call from her indifferent agent for “unconventional women.” It turns out to be a ring side try out to find a new rag tag team of lady wrestlers under the fledgling G.L.O.W banner.

Marc Maron moonlights from his popular podcast gig to play Sam Sylvia, the sleazy director/promoter behind the GLOW brand. “I like the whole, ‘Please objectify me’ vibe,” Sam tells one desperately over-eager participant.

World weary, sexist and all-around miserable, he stops snorting coke long enough to pare down his roster. We’re introduced to several ladies as they attempt to toss each other around the ring, along with actual wrestler John Morrison as Salty “The Sack” Johnson who briefly serves as trainer.

There’s a sub plot involving a married man who has a romantic fling with Ruth; the affair catches up with her by the end of the pilot. Cue the big hair and spandex and ’80s arena music (by Journey and others).

Caught in the middle is Betty Gilpin (American Gods) as Debbie Eagan, who Sam sees as his “Grace Kelly on steroids.” Sydelle Noel also stares down opponents inside and outside the ring as tough taskmaster Cherry 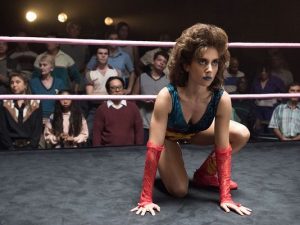 Brie is fearless as Ruth, not just for her pluck in the ring but for her dominant moves in a sex scene with that married man (Rich Sommer from Love). GLOW isn’t afraid to go there with language and nudity. Neither is Brie, who gamely tackles a very physical role. She looks too wee to be a lady wrestler, but by the third episode seems ready to rumble.

The series is created by Liz Flahive and Carly Mensch who bring plenty of edgy wit to the first two scripts. Fellow executive producer Jeni Kohan (Orange is the New Black, Girls), who knows a thing or two about “female gaze,” also has this series in her own unique camel clutch.

GLOW doesn’t always sparkle. Some scenes drag or seem as telegraphed as a Haystacks Calhoun haymaker. The ’80s details are just right, however, and watching good girl Ruth embrace her inner bad girl is reason enough to binge through the 10 episode first season. 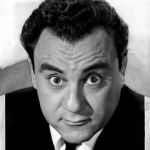 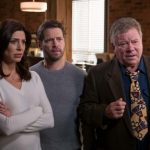 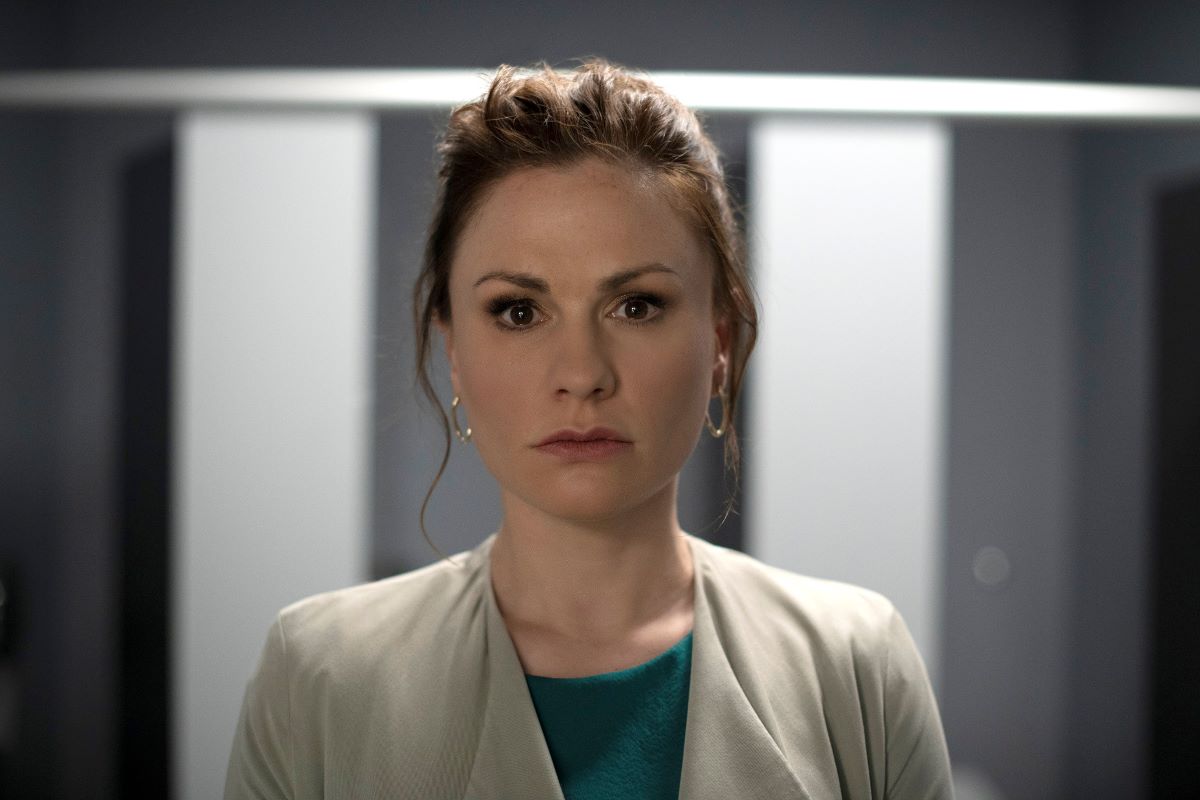